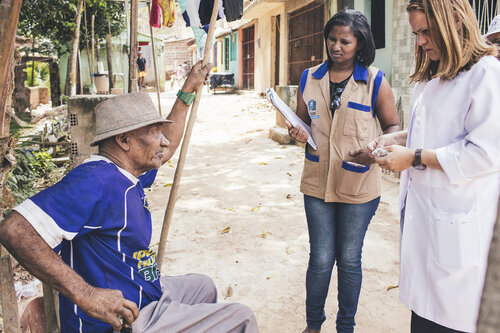 During his re-election campaign in 2016, Mayor Roberto Cláudio faced recurring complaints from voters concerning the availability of essential medicines at their health clinics. Limited access to medicine frustrated patients and health care providers, raised the cost of treating chronic conditions, and increased the risk of infectious diseases. It also placed the city in violation of Brazil’s constitution that guaranteed access to essential medicines to patients of the public health system, most of whom were low income.

In Cláudio’s first term, Fortaleza’s public health network went through significant advances, renovating the majority of its health clinics and improving access to medical personnel. The team’s considerable progress nonetheless fell short of a comprehensive solution for the lack of access to medicine. This became one of Cláudio’s main campaign promises, and a priority for his second term. The case chronicles how he approached a persistent problem, changed tactics and teams, and pushed for the necessary improvements and innovations to fulfill his promise.

The case raises questions around how to deliver on a campaign promise when your organization seems to have hit a ceiling in performance improvement: When do you push harder for better execution and advancement of current systems? When do you invest in something new to achieve optimal performance? What is the role of mayoral leadership in ensuring that goals are achieved?

Consider the pros and cons of an improvement-approach versus an innovation-approach.

Reflect on the roles and responsibilities of mayors and their teams in driving government performance and leading innovation.