In the Green: Negotiating Rail Expansion in Somerville, Massachusetts 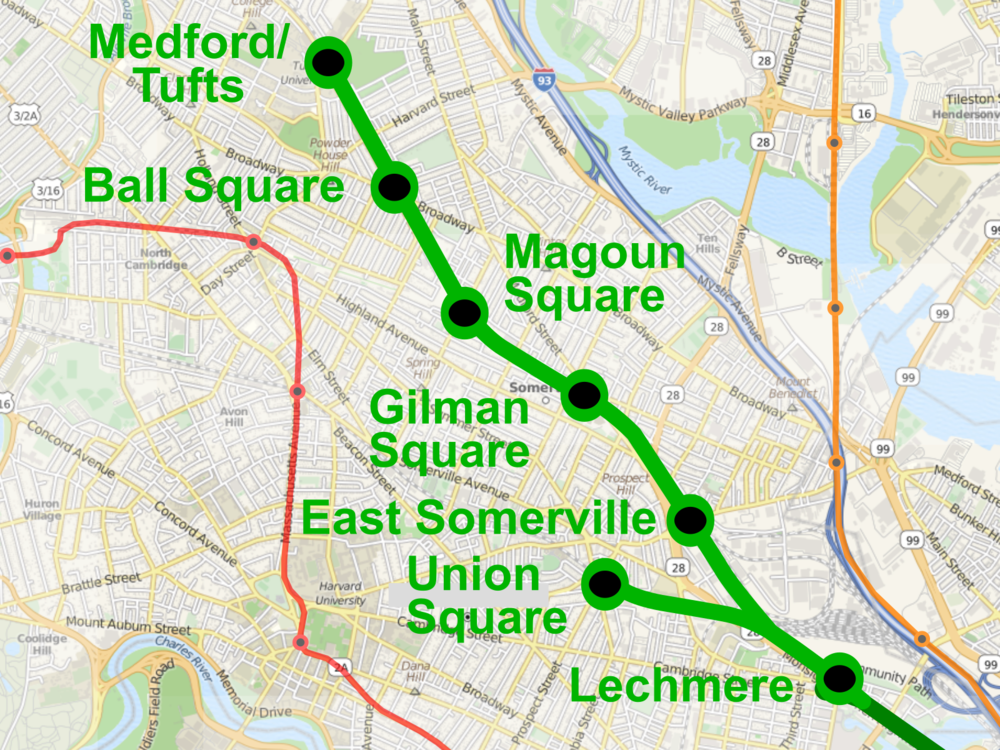 Successful litigation against the Commonwealth of Massachusetts made an original, legal, and moral case for building alternative transportation in Somerville: the Green Line Extension (GLX). Having campaigned on extending the Green Line—first as alderman, then as mayor—Joe Curtatone took office as mayor in 2005. His first victory was creating a MBTA “T” stop for the Orange Line at Assembly Station. Working with the same coalition of nonprofits, he pursued a participatory visioning process (“SomerVision”) that brought together over sixty organizations from different sectors in Somerville that had a common vision for the GLX. Curtatone overcame hiccups surrounding industrial parcels and successfully kept the project eligible for a federal NewStarts grant; using an economic-development narrative, he acquired the problematic parcels through eminent domain. By 2014-2015, though, the project was running over budget and it was uncertain whether the Commonwealth would support the GLX.

Curtatone negotiated with the State of Massachusetts and agreed on simplifications to the original GLX, including a shorter route that would no longer directly benefit neighboring regional communities. He also negotiated project funding by the Cities of Cambridge and Somerville and the Boston Regional Metropolitan Planning Organization board (BRMPO). But then, the Commonwealth announced a shortfall of roughly $200 million that Curtatone resolved through an agreement: Somerville paid $50M, Cambridge $25M, and the BRMPO diverted funding for the rest. The narrower GLX project was approved, and construction began in May 2018.

This case is designed as the capstone case in a series of negotiation cases developed by the Bloomberg Harvard City Leadership Initiative. It is recommended for participants with some negotiation experience.

Analyze the following features of a long-term, multi-party negotiation: dynamic/changing elements, with decisions dependent on things that may lead to unintended consequences; multi-sector and multi-level components, which require synchronization; and cognitive flooding, which may overwhelm decision-makers at critical moments.

Examine “complex collaboration,” where many stakeholders may generally agree on a goal or vision, but negotiation dynamics still require tremendous financial, temporal, and spatial alignment across sectors and levels of government.

For more information on the rest of the materials in the set click here. 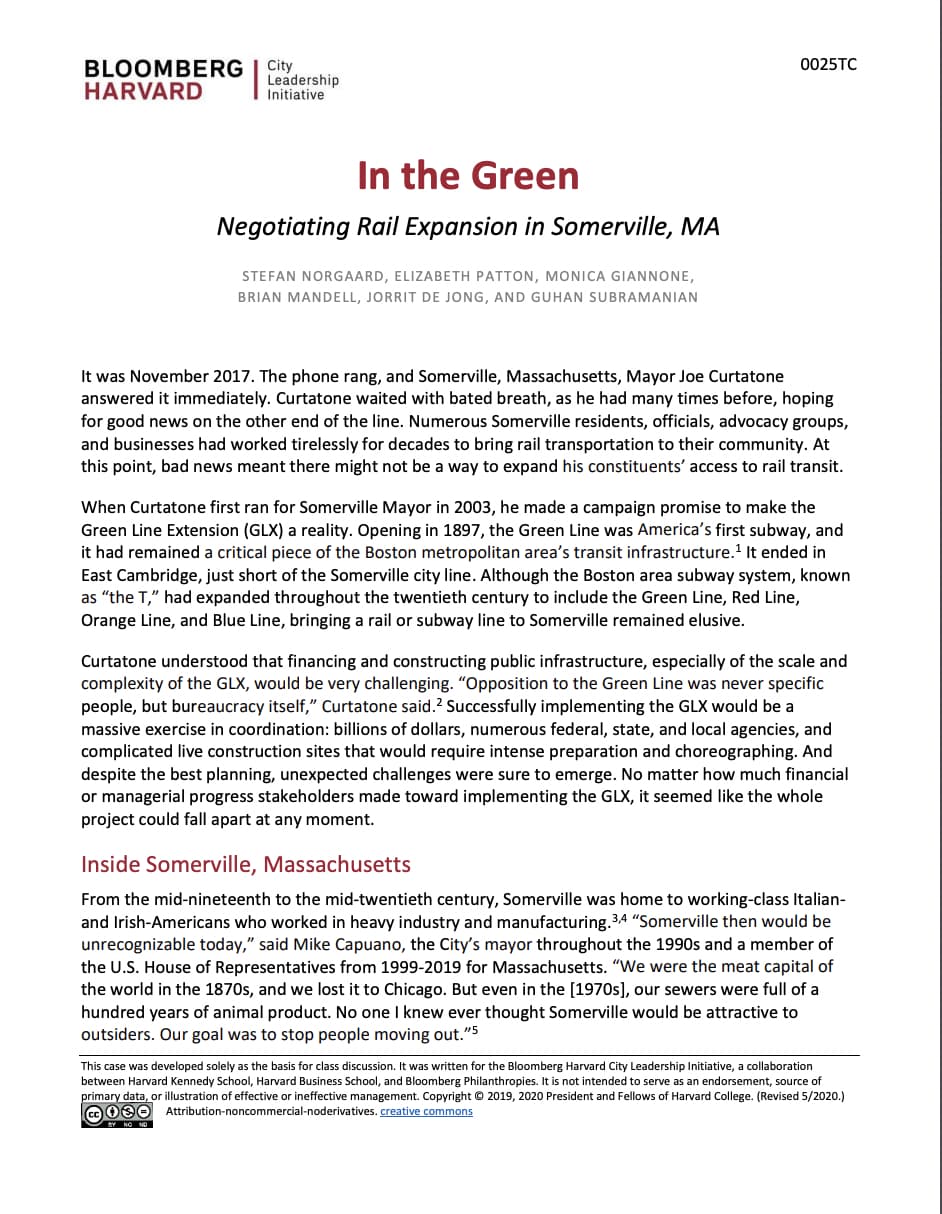 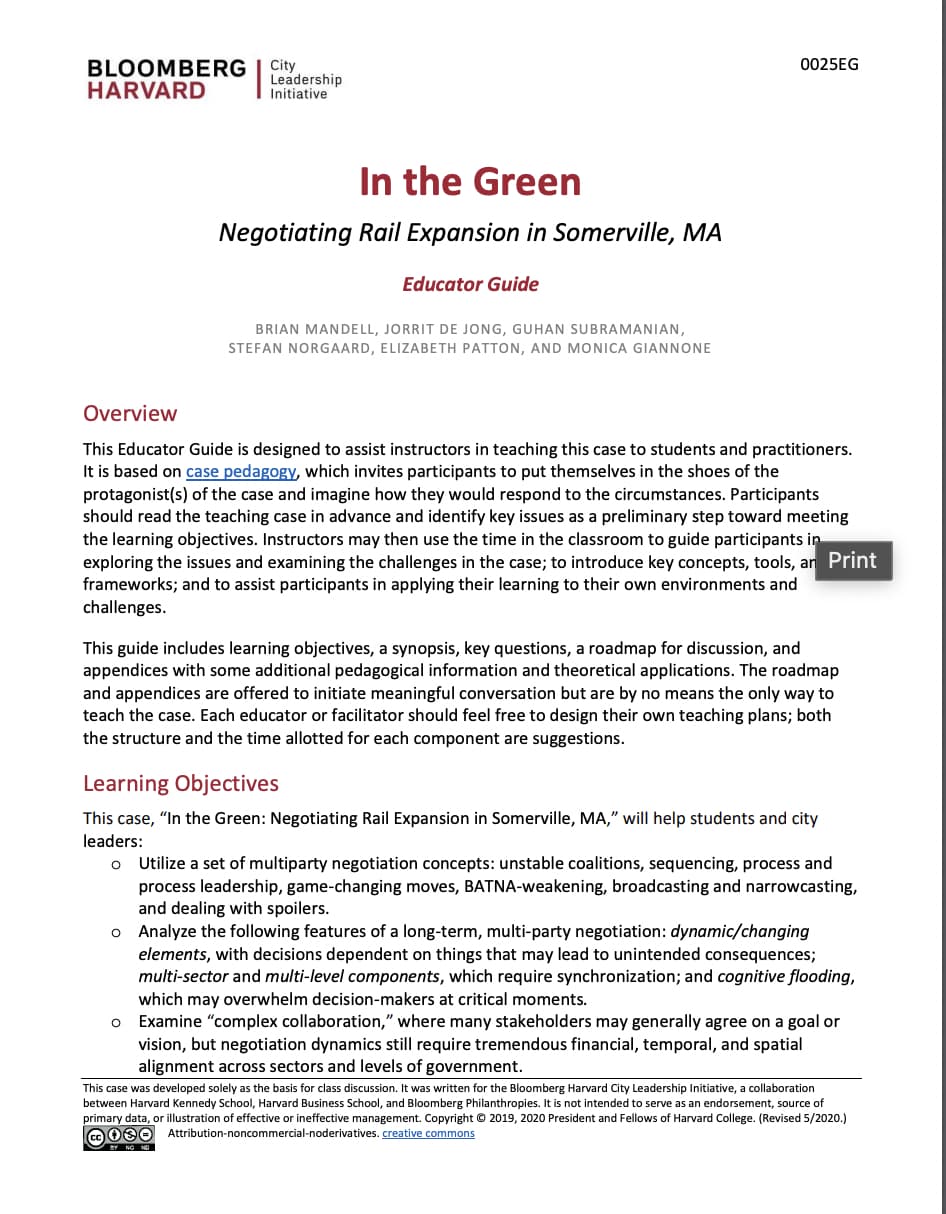 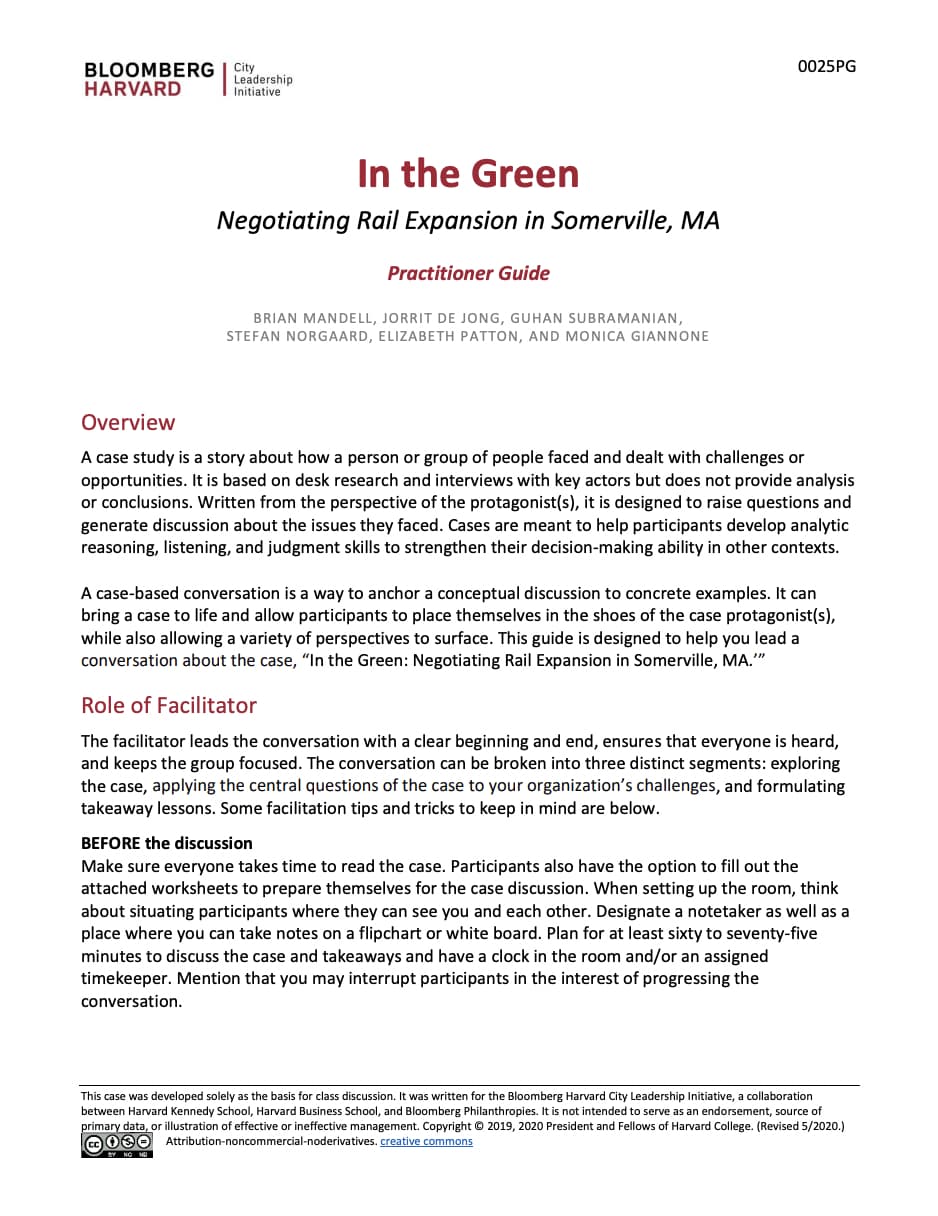 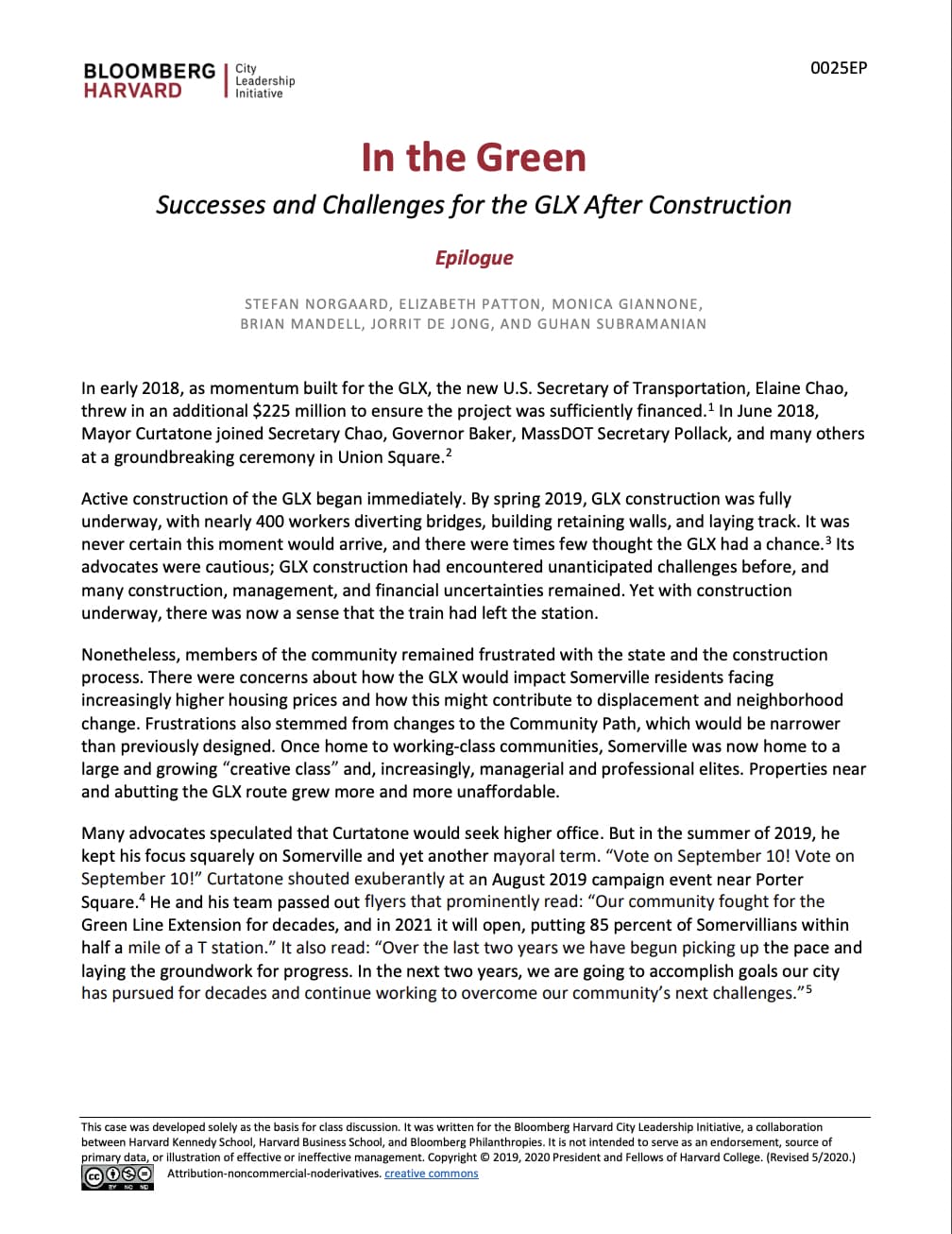 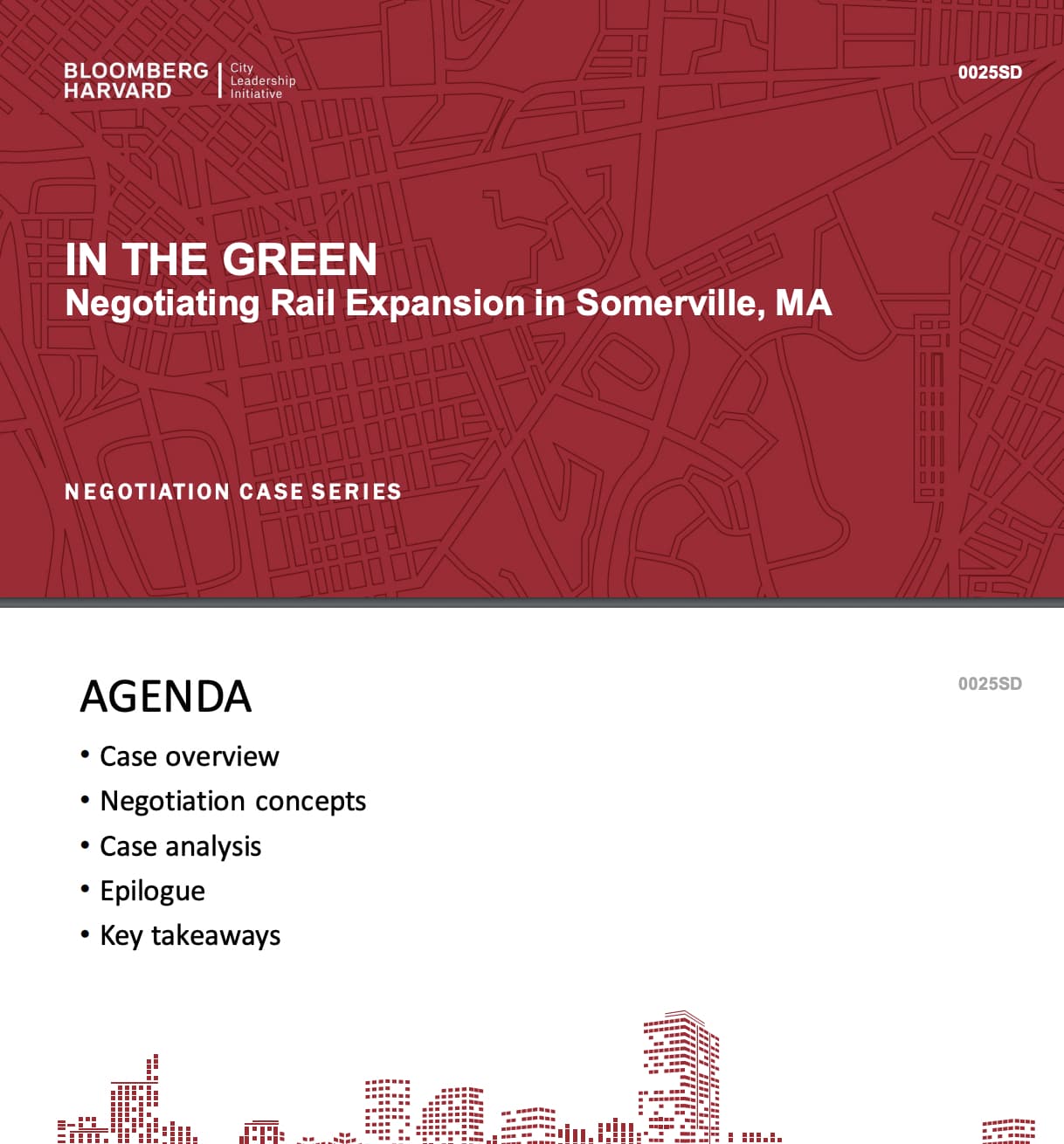