In the Weeds: Securing a Grass-Mowing Contract in Stockton, California 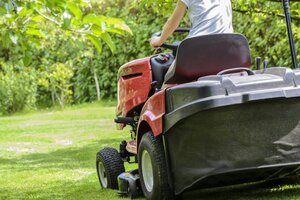 Kurt Wilson, the City Manager of Stockton, California, joined the city government ten months after the city declared bankruptcy. After successfully steering Stockton out of bankruptcy, Wilson committed to implementing a set of permanent financial control measures to ensure that the city remained fiscally solvent well into the future. He had an extensive background in both the private and nonprofit sectors and had served as city manager in four other California cities.

Stockton’s Long-Range Financial Plan (L-RFP) indicated that the city could spend, at most, approximately $1.3M in 2019 fiscal year (FY19) on a contract to mow grass on city medians. The city had spent $1.2M the previous year. Wilson believed shortages of tradespeople in the Bay Area—caused in part by demand for construction after California wildfires—would affect price points. At worst, he thought he could justify spending $1.6M on the contract. Wilson cared about the fiscal health of Stockton, but he also wanted to ensure high-quality public services.

When the City issued its RFP, bids started at $2.26M, well above what Stockton could afford. After considering his options, Wilson issued a new RFP that included a lower “base” scope of services with modular components that the city could accept or decline depending on cost. Stockton ended up spending $1.91M for a year of service, but even as costs increased, tall grasses remained on city medians. Wilson wondered whether there might have been a better way for the city to have anticipated the higher prices.

Understand fundamental negotiation concepts such as target points and anchoring or goal-setting; reservation point; alternatives and the “Best Alternative To A Negotiated Agreement” (BATNA); and the “Zone Of Possible Agreement” (ZOPA).

This case can be used on its own or as part of a set. For more information on the rest of the materials in the set, click here. 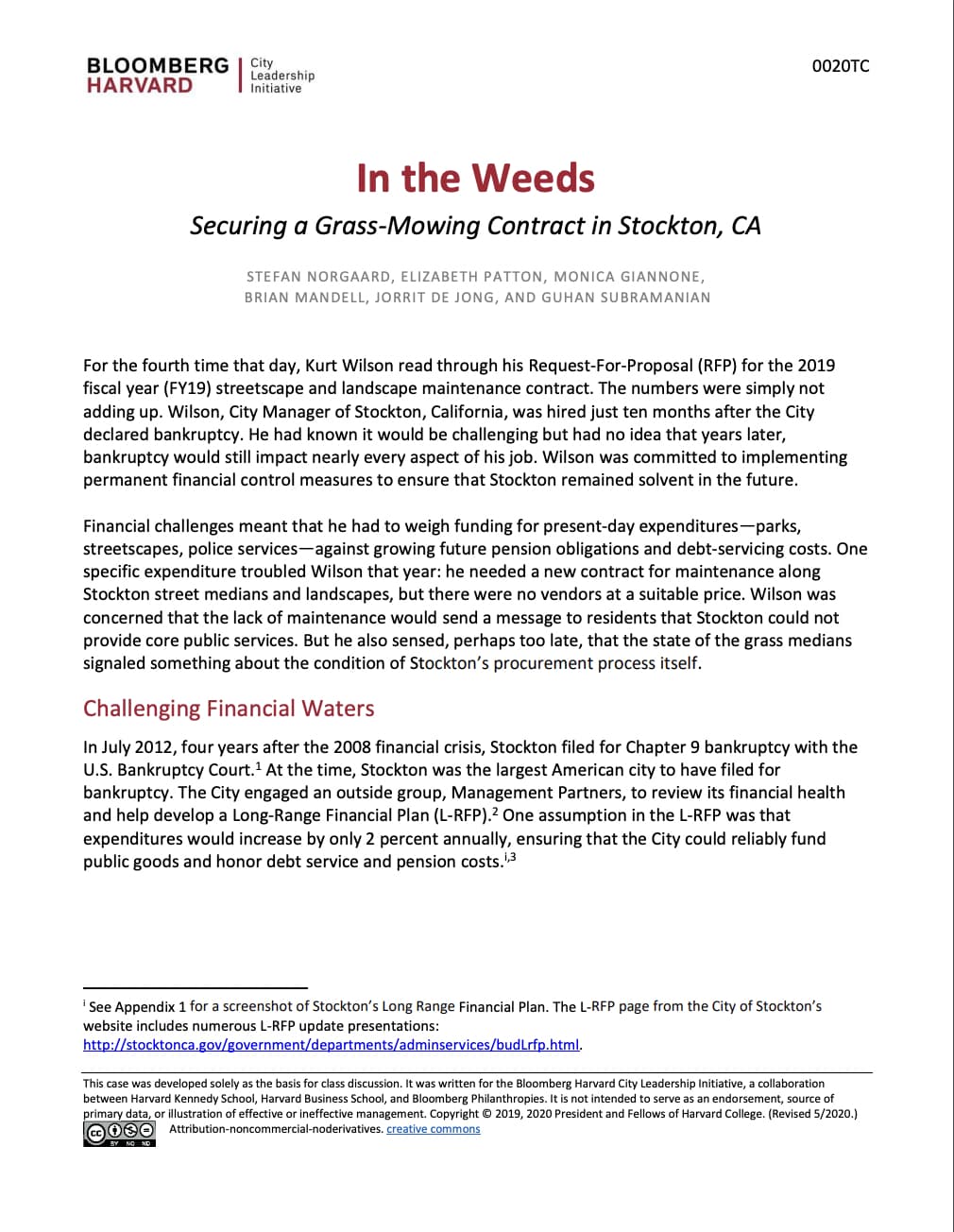 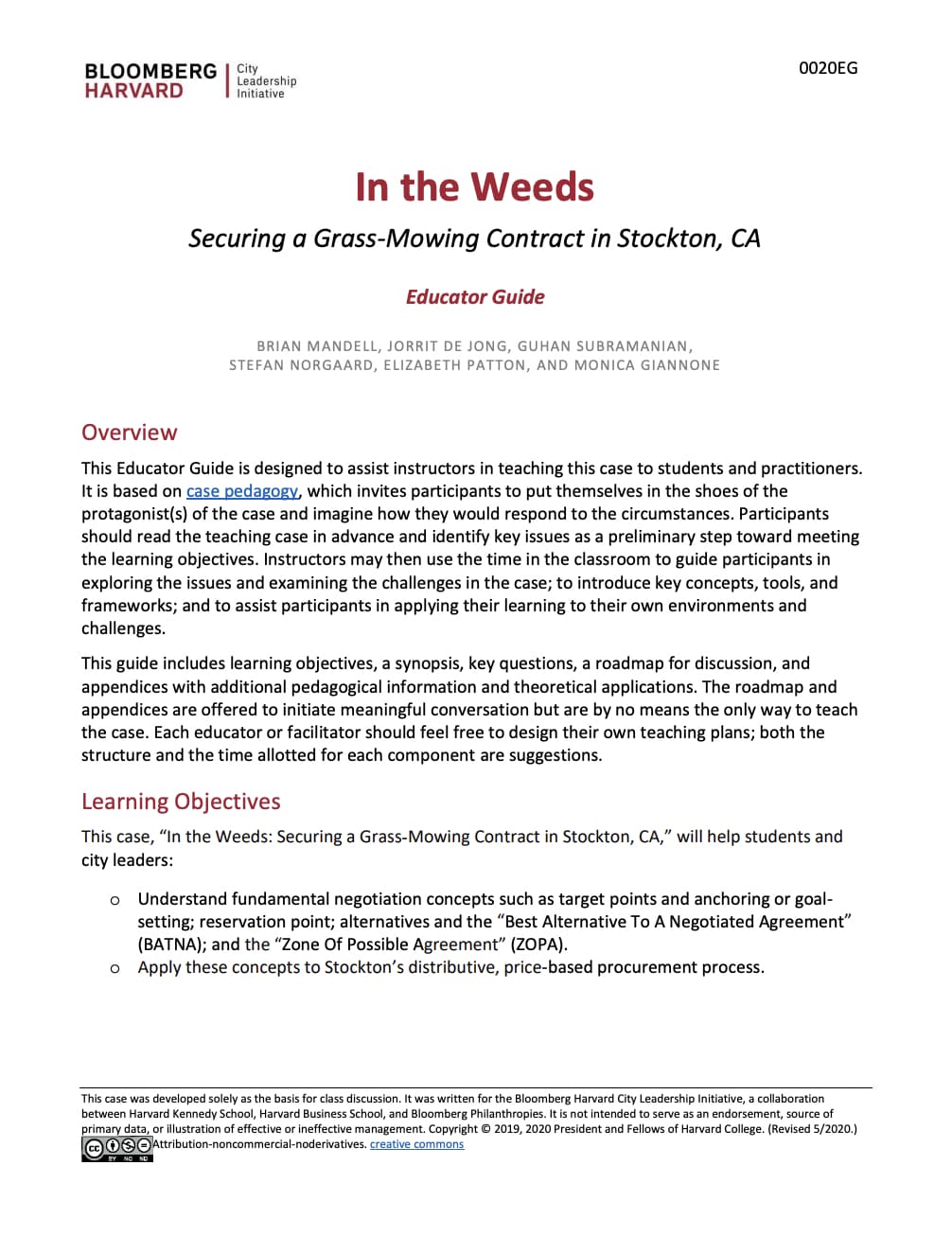 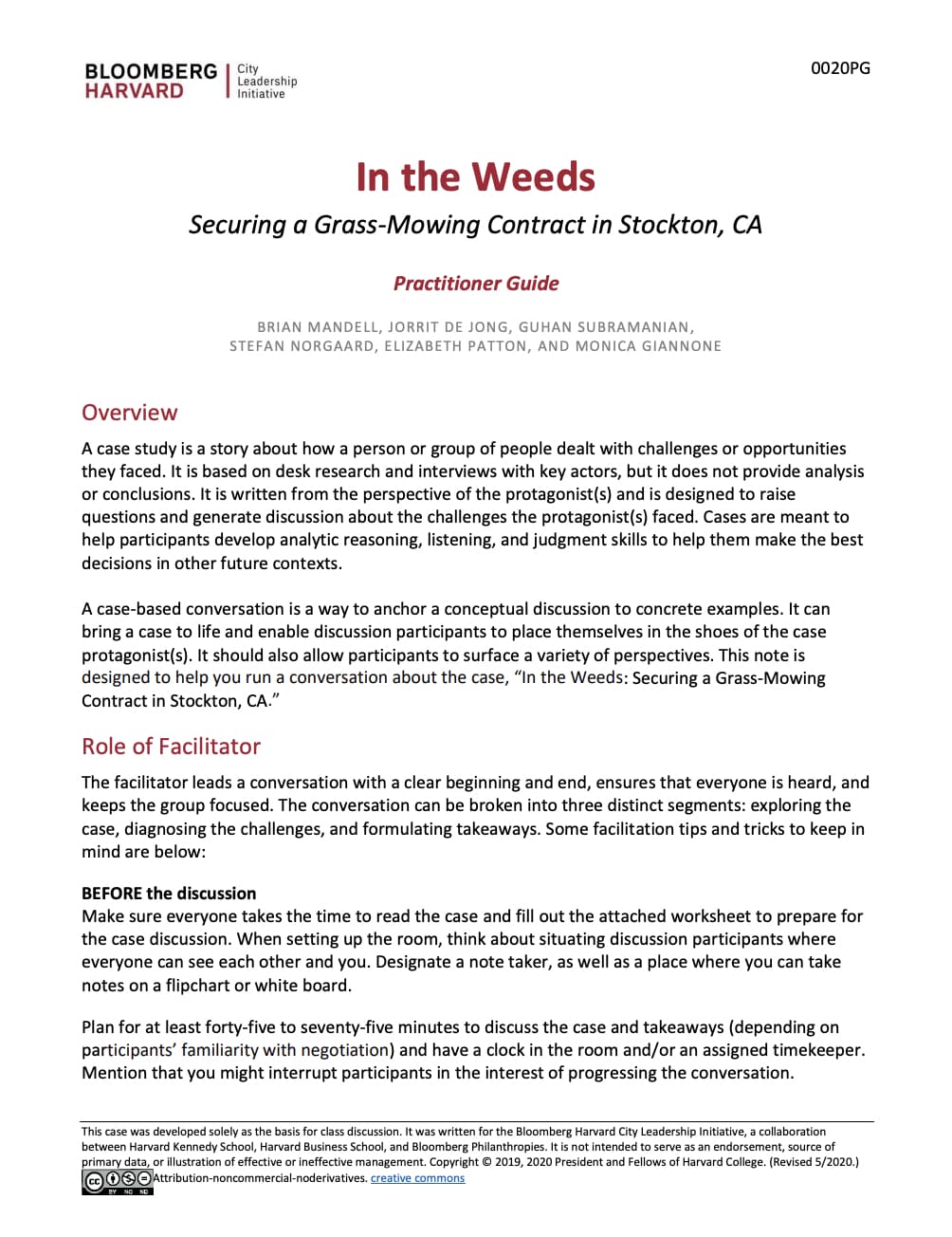 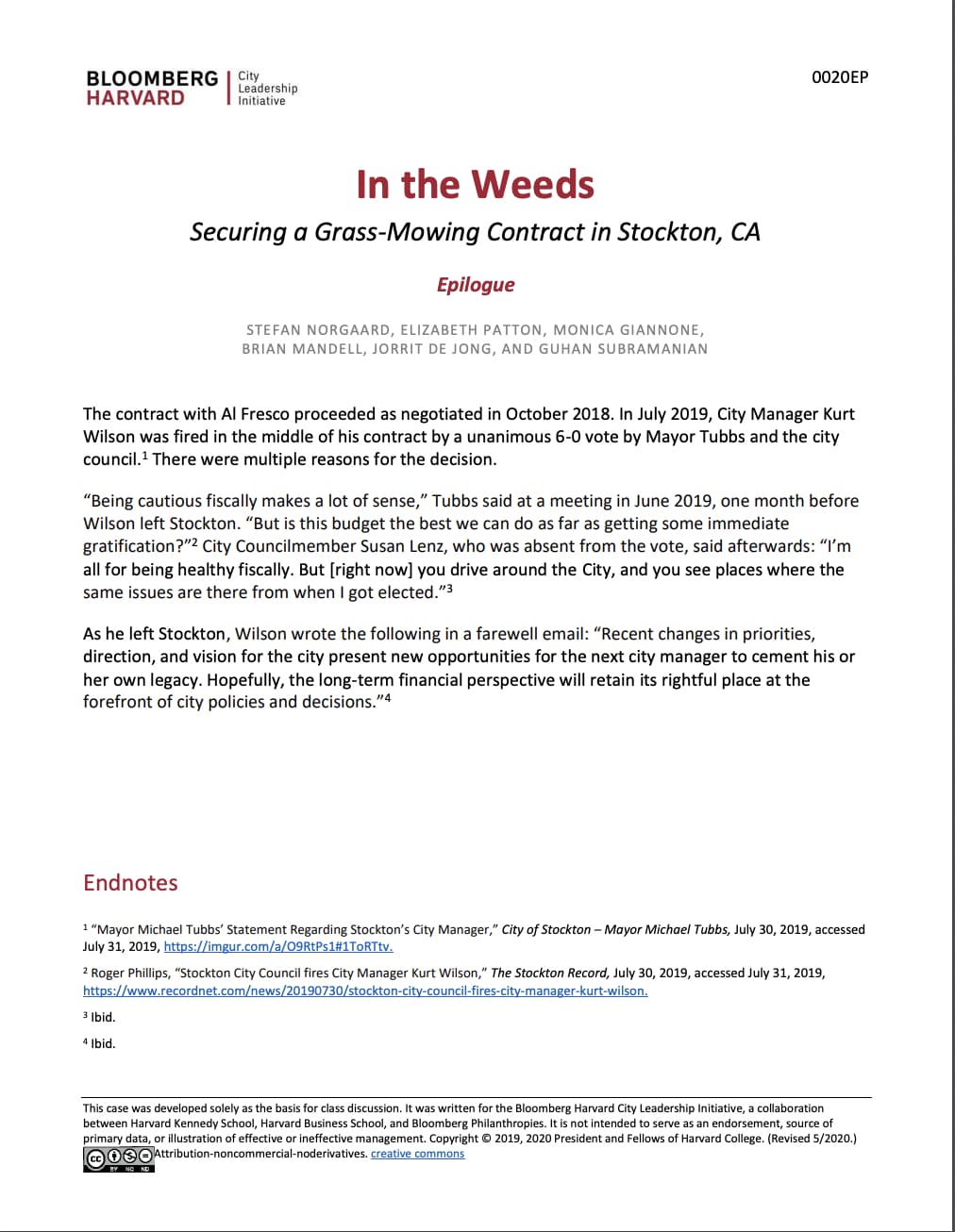 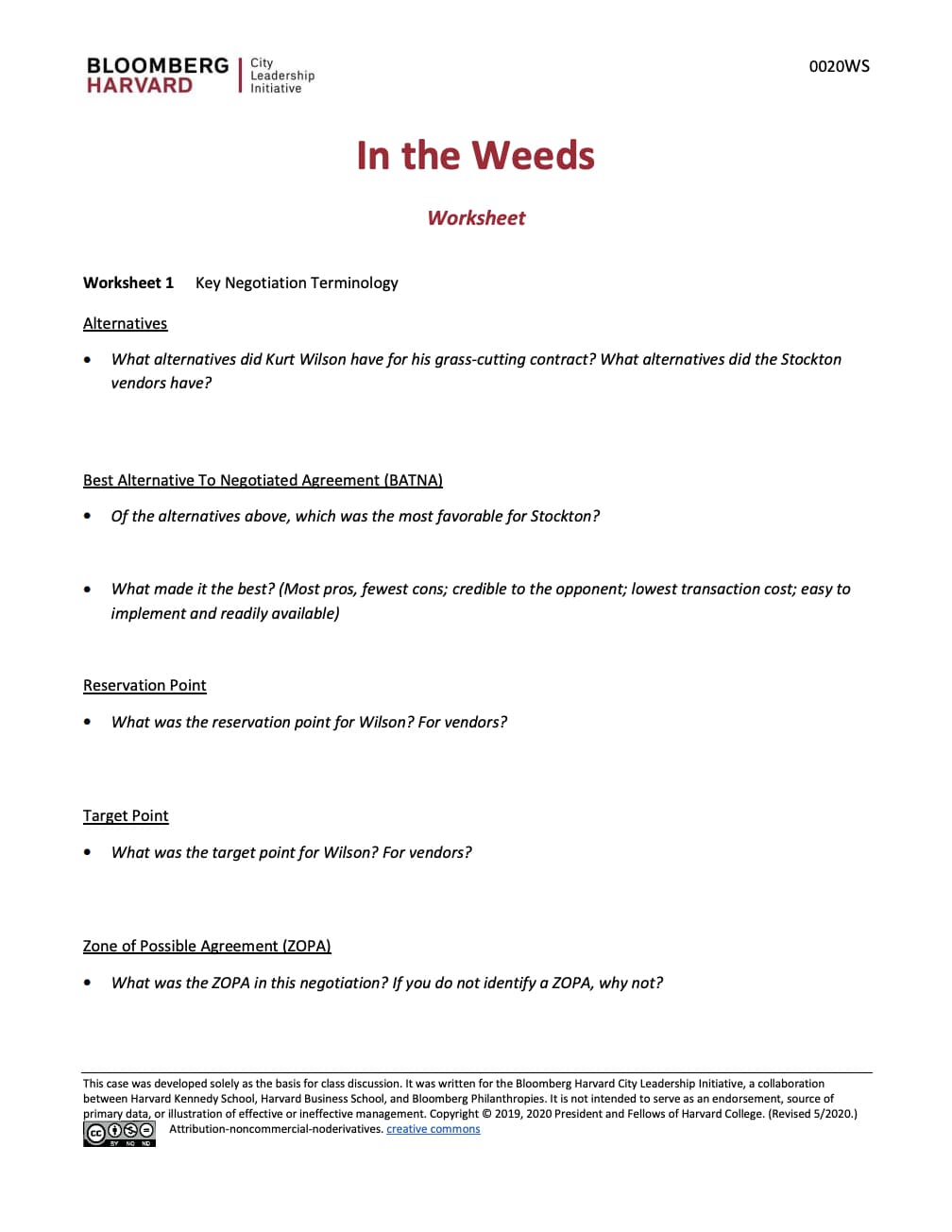 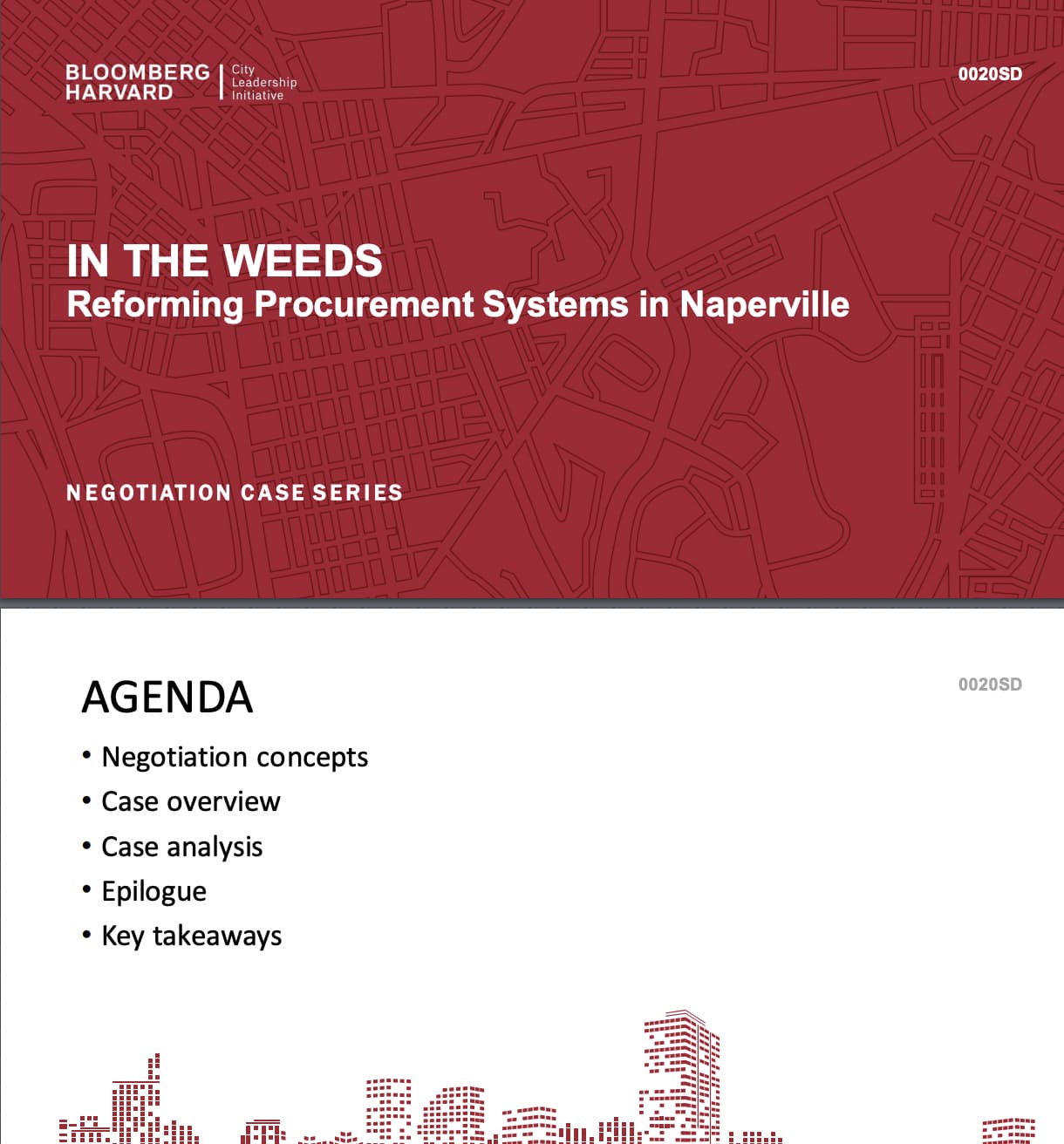