Keeping Your Eyes on the Horizon: The “Four Ps” Framework for Strategic Leadership 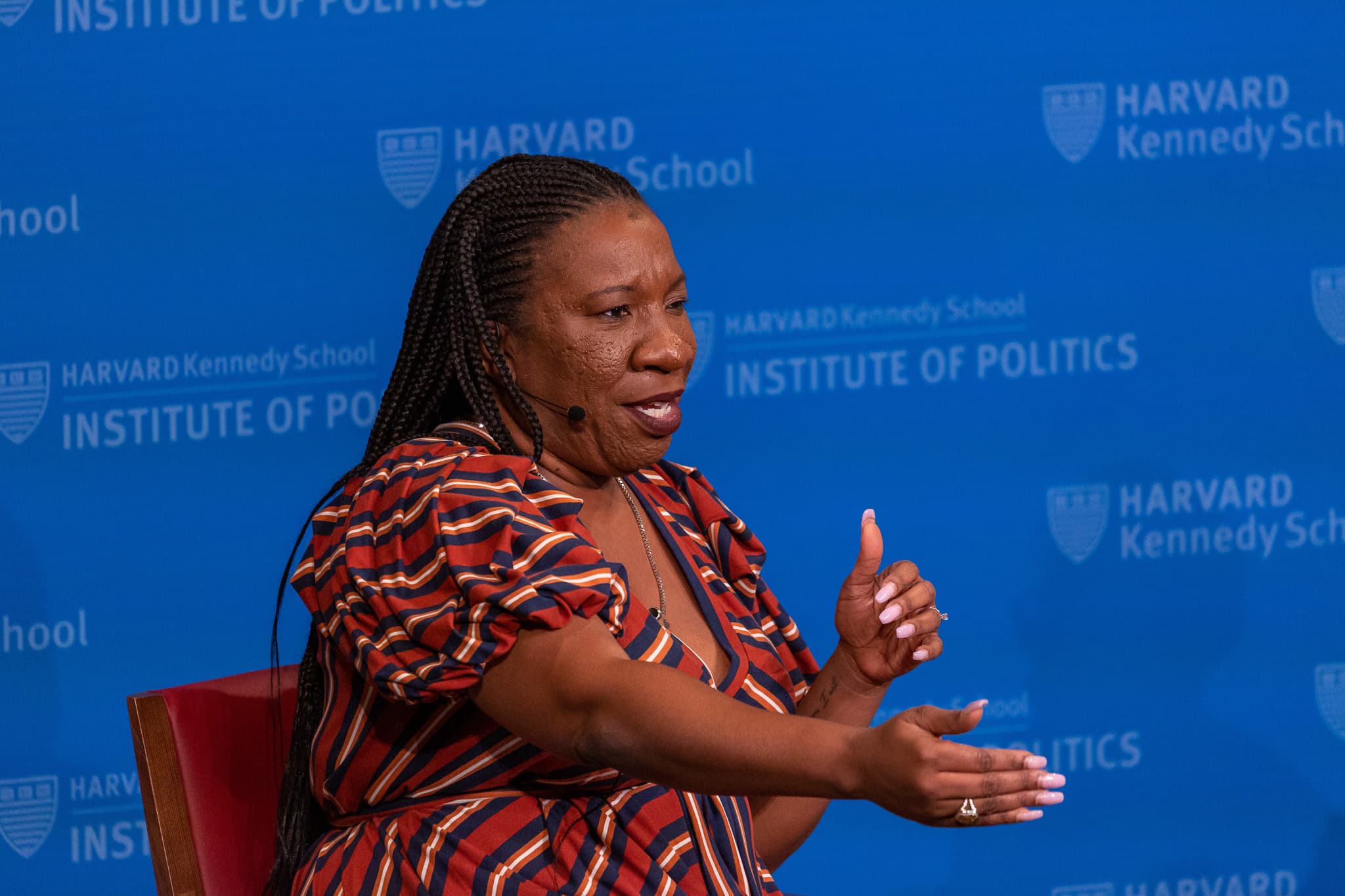 How do you lead strategically? Moving an organization forward requires paying attention, simultaneously, to multiple dimensions of a team’s experience—like a pilot constantly scanning the dials on a plane’s dashboard during flight. A new paper offers a framework for executing strategic leadership while balancing competing demands.

We often imagine a leader as one individual driving progress at the top of a team, organization, or government. However, effective leadership is rarely exercised by just one person. It is an activity exerted by people at all levels, often collectively. Leadership is also rarely about making one decision and sticking to it. In fact, it is mostly non-heroic work that requires painstaking effort, paying attention, and the ability to learn in the moment. Effective leadership involves strategic work and thinking, skills that are honed over time. An intentional way of engaging with problems and people, strategic leadership is a constant learning journey achieved through practice, deliberation, repetition, and growth.

Described another way, strategic leadership is like flying a plane. Think of the questions you would have to consider as a pilot. Where are you going? Who is on the flight with you? What problems might you encounter along the way and what data do you need to solve them? As you find yourself positioned in the cockpit of the plane, what are the dials on the dashboard telling you? Even as some issues will require your immediate attention, you will need to keep your eyes on the many different levers and instruments in front of you, staying alert and adjusting and readjusting over the course of your journey.

The Four Ps: A Framework for Strategic Leadership

Through our teaching and research,1 we have identified four key elements for improving the odds of strategic leadership success—what we call the “Four Ps”: perception, process, people, and projection. Each “P” involves looking inward (i.e., turning the spotlight on yourself) as well as outward (i.e., how you engage with others). Taken together, these concepts—each a different “dial” on a leader’s mental “dashboard”—constitute our Four Ps Strategic Leadership Framework, summarized below and depicted in Figure 1.
‍

We frequently assume that everyone sees things the same way we do, and when they do not that we must find a way to agree. But perception is not about reaching agreement; it is about working to understand others’ views. Leadership requires the discipline to consider multiple perspectives before determining how to proceed.

Decisions regarding process, i.e., how we include people in our work, might seem straightforward or even insignificant. They are not. For example, by concluding a teambuilding exercise by going out for drinks, organizers risk excluding non-drinkers, parents needing to get home to care for their children, and people with evening jobs. Because every process choice privileges certain people, leaders need to think about who does and does not benefit—and whether there is a better alternative.

People is about emotional management. Emotions have a significant impact on our judgments, behavior, and how people feel about working with us. Yet leaders typically do not engage sufficiently with emotions, as leadership is still generally considered a cognitive process.

The Four Ps in Practice: Tarana Burke and “Me Too”

In our teaching, we seek to bring the Four Ps to life through a set of case studies that depict how different leaders practice or embody key elements of the framework. Among those we profile: Admiral Jim Stavridis, former Supreme Allied Commander of NATO; Marc Morial, President and CEO of the National Urban League; Josefina Braña-Varela, Policy Director for Forests and Climate at WWF; and Tarana Burke, founder of the Me Too movement.

Burke’s story serves as a particularly powerful illustration of the Four Ps. Now a well-known figure (she was recognized as a 2017 TIME Magazine Person of the Year and received the 2019 Gleitsman Activist Award from the Center for Public Leadership at Harvard Kennedy School), Burke did not have one singular moment when she became “a leader” in the traditional sense of the word. Instead, she emerged as a transformative figure through the countless workshops and talks she offered, over the course of many years, which inspired thousands of women of color to see themselves as valuable and agents of their own future. Notably, each of the Four Ps is evident in Burke’s approach to leadership; and her experience offers lessons for current, emerging, and even untapped leaders in all types of organizations—from small community groups to city halls and beyond.

She juggled matters of perception (competing views) when navigating difficult issues: some community members whom she collaborated with were wary of focusing attention on sexual violence against girls, given their fears about false accusations against Black men and concerns about family privacy. Her process (convening stakeholders) was inclusive and sequential, as she realized that empowerment could not happen without first addressing survivors’ trauma. She also realized the power of emotion (the people component). She addressed survivors’ shame and assured them that they were not alone. Finally came projection (telling a story). Burke turned the narrative of sexual abuse from being victim- to survivor-based; girls and women who had endured sexual violence could tap into their inherent power and move forward.

As communities and workplaces deal with an ever-growing number of complex and interdependent challenges, individuals at all levels—including those without senior or formal titles and those representing historically marginalized groups—are waiting for their opportunity to create change. Among other things, the Four Ps framework offers a new understanding of strategic leadership that underscores the importance of these previously under-utilized or under-recognized sources of talent. To tap into everyone’s strategic leadership potential, consider:

To succeed as a leader, you must pay simultaneous attention to multiple, intersecting dimensions of experience, i.e., our Four Ps—just as Tarana Burke did through her groundbreaking work partnering with women and girls. The above takeaways are just some of the pathways through which a Tarana Burke may emerge in your own community or organization, somebody who embodies the fundamentals of strategic leadership and has the power to create lasting, truly transformative change.

“The Four P’s of Adaptive Leadership”
Agility at Work: One Step Ahead [Podcast]

“Leading with Empathy: Tarana Burke and the Making of the Me Too Movement”
Harvard Kennedy School Case Program

“Enhancing Your Effectiveness as a Negotiator”
Bloomberg Cities

1 Each of the Four Ps is informed by the existing academic literature and other practitioner frameworks developed by our colleagues. See the Working Paper for references to the sources associated with each concept.
2 Note: Our definition of “projection” is different than that used in psychology (i.e., a defense mechanism through which people protect themselves by seeing qualities in others that they deny in themselves). 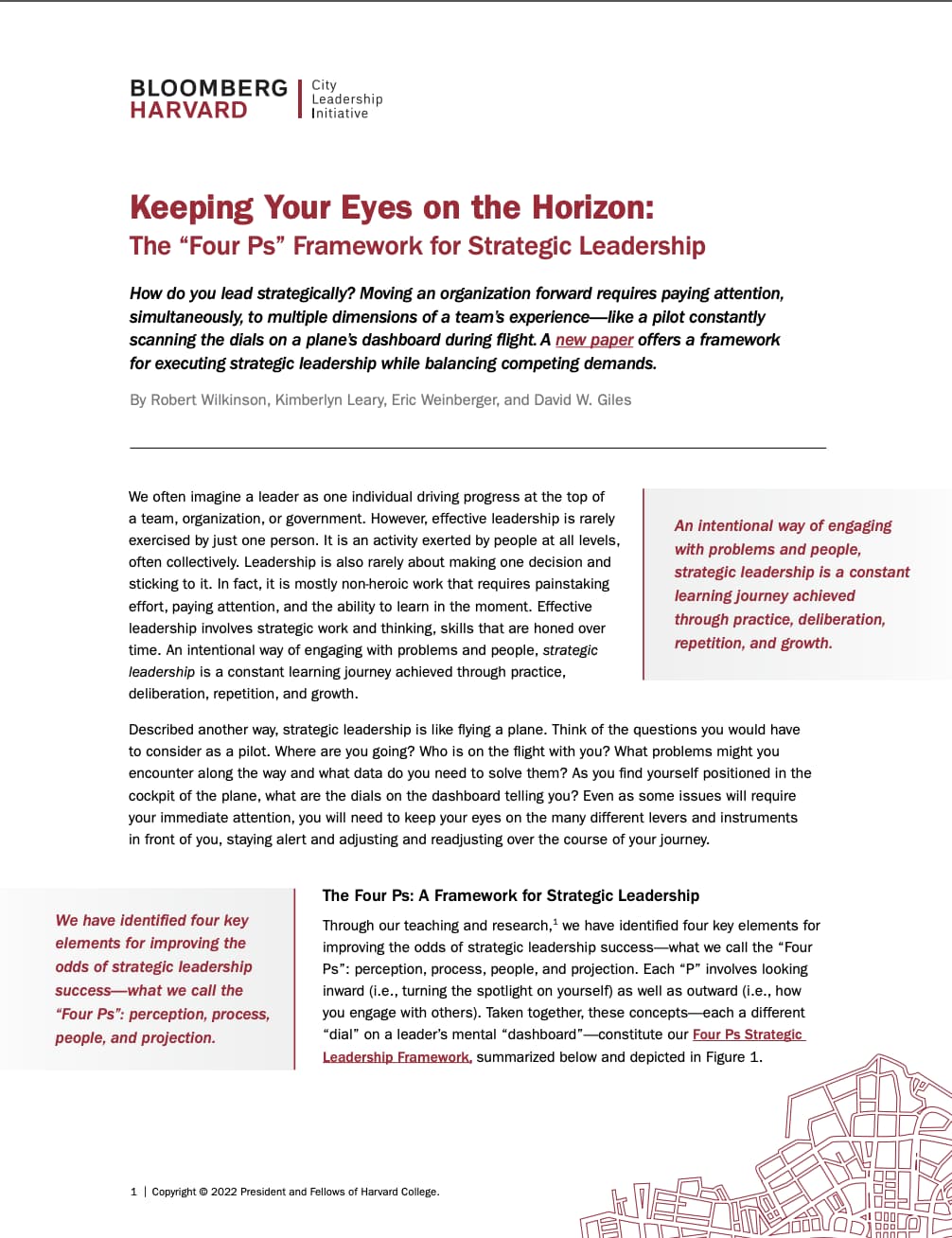