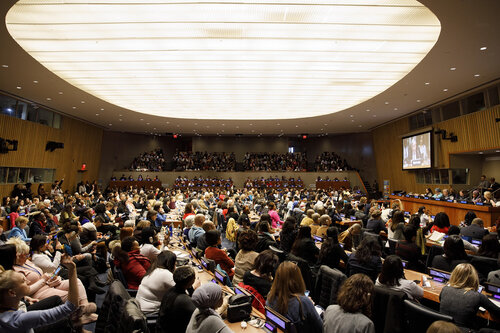 These three short cases are stories of city officials leading civic engagement and public participation in pursuit of public goals. From a variety of different positions in city government, the protagonists in each case departed from typical bureaucratic processes to reach out directly to the public, using unexpected methods to solicit input, raise awareness, and effect behavioral change in their communities.

In the first case, the new director of the Seattle Solid Waste Utility, Diana Gale, implemented sweeping changes to the city’s solid waste collection practices. To secure compliance with new rules and regulations and tolerance for inevitable stumbles along the way, she developed a public relations capacity, became the public face of her agency, and embraced an ethos of humility and accountability.

In the second case, Antanas Mockus, the eccentric mayor of Bogotá, sought to improve public safety — focusing particularly on the unregulated and lethal use of fireworks around the Christmas holiday. He tried at first to effect change through persuasion, offering citizens alternatives to fireworks and engaging vendors in the effort to reduce fireworks-related injuries and deaths. When a child suffered severe burns, however, Mockus followed through on a threat to ban fireworks sales and use in the city.

In the third case, David Boesch, city manager of Menlo Park, California, decided to engage residents in setting priorities around cost reduction as a major budget shortfall loomed for the coming fiscal year. He hired a local firm to plan and execute a comprehensive participatory budgeting process. In a city with a sharp divide between haves and have-nots, Boesch and his partners had to take special care to ensure that everyone’s interests were heard and represented in budgetary decision-making.

Explore when and why civic engagement is helpful for solving public problems.

Engage and support individual co-production in pursuit of desired outcomes. 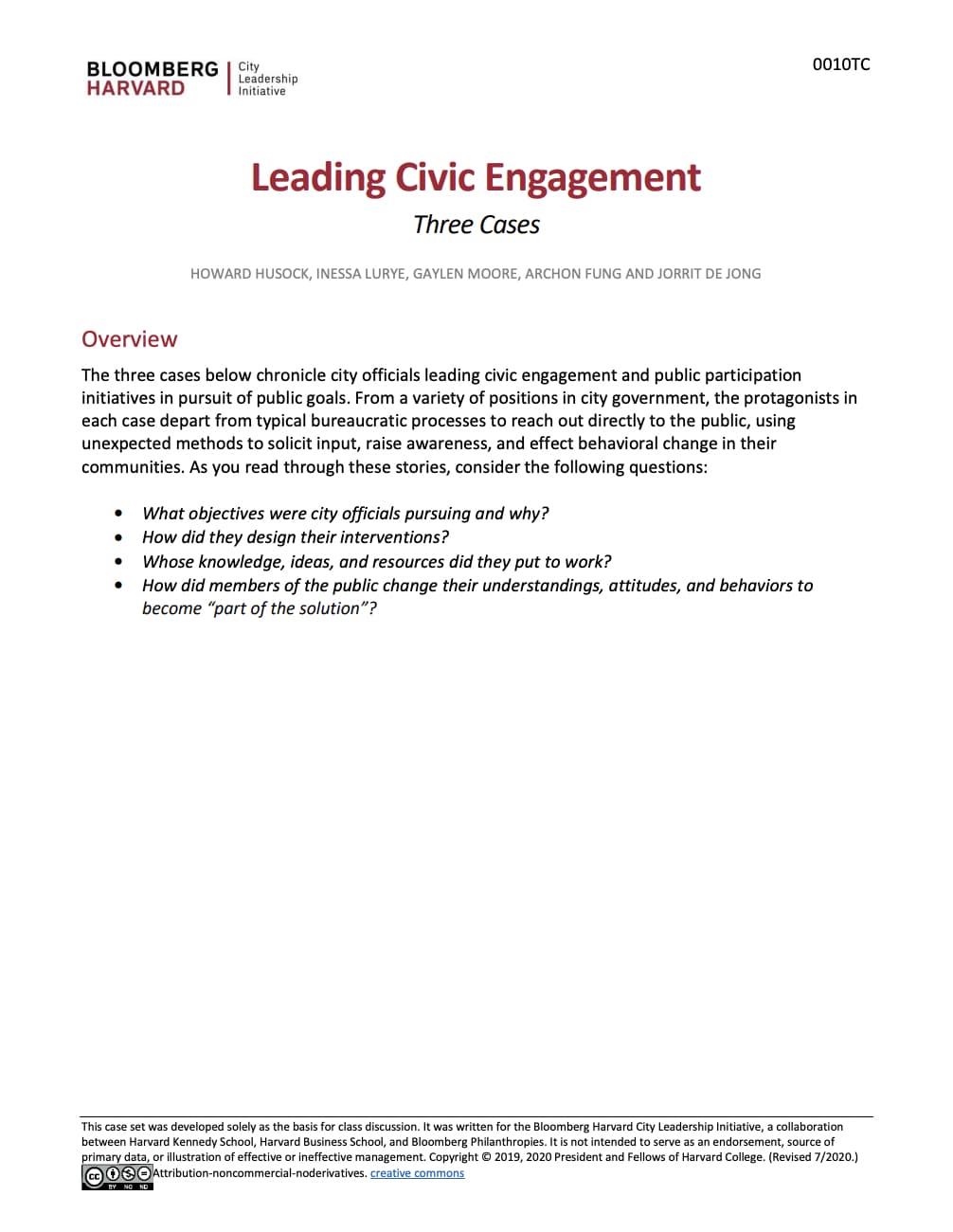 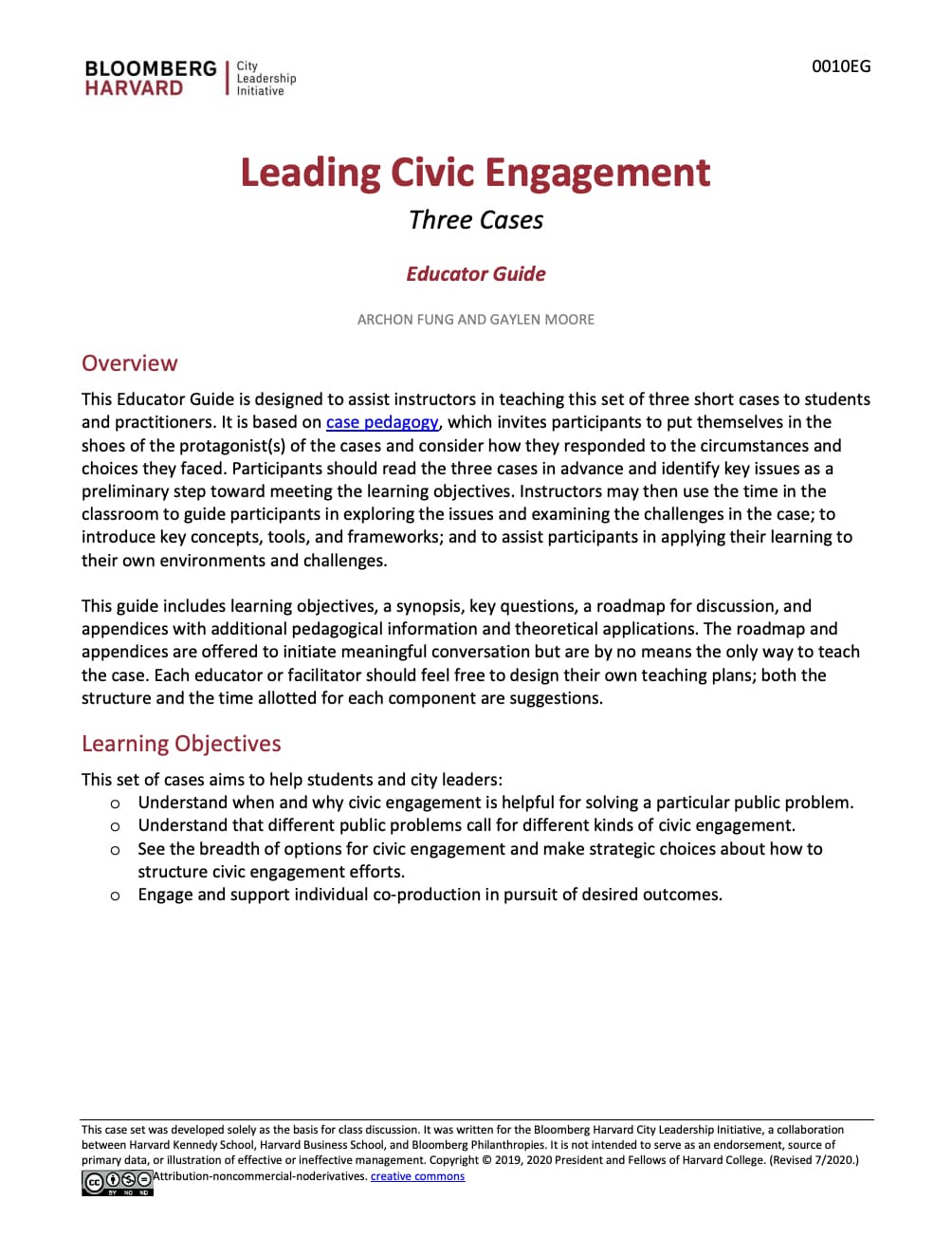 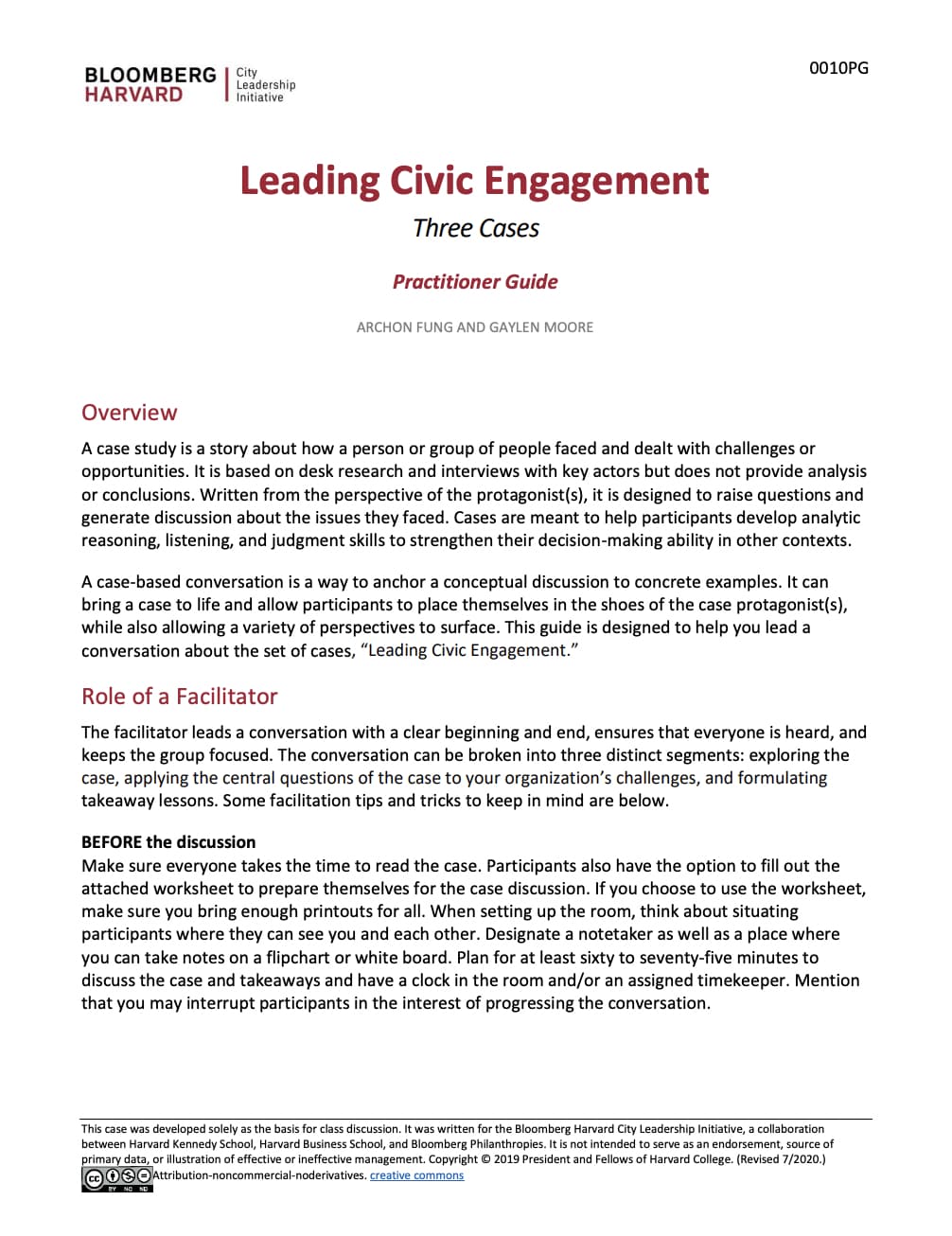