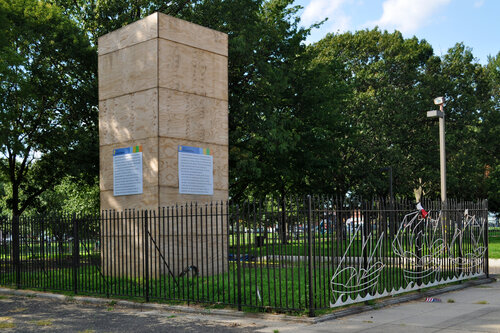 When the Reverend Clementa Pinckney and eight worshipers were massacred during bible study at the Emanuel African Methodist Episcopal church in Charleston, South Carolina, in 2015, a widely circulated photograph showed Dylann Roof, the white supremacist who carried out the attack, posing proudly with a Confederate flag. Many Americans responded with calls for the removal of Confederate symbols and monuments in public places. As mayors and city governments took steps to remove, contextualize, or relocate these relics, factions mobilized to defend them as essential markers of American history and heritage. In August 2017, white supremacists and other right-wing extremists gathered in Charlottesville, Virginia, where the city council had recently voted to remove a monument to Robert E. Lee. Clashes between participants in the “Unite the Right” rally and counter-protesters quickly turned violent, and then deadly, when a neo-Nazi drove his car into a crowd of people, killing counter-protester Heather Heyer. With white nationalists threatening to descend on other cities, mayors scrambled to respond.

This case study follows the stories of mayors in three cities—Baltimore, Maryland; Lexington, Kentucky; and Charleston, South Carolina—as they worked to acknowledge and address the legacy of violence, dehumanization, and injustice represented by the Confederate monuments in their public parks and plazas. They faced varying degrees of public pressure, as well as practical and legal obstacles, as they grappled with these objects’ moral implications.

The case is designed to help mayors, city leaders, other public executives, and students of public leadership and public policy think through moral leadership challenges and questions about the bases and boundaries of authority, discretion, and legitimate action on combustible topics with highly sensitive moral dimensions. 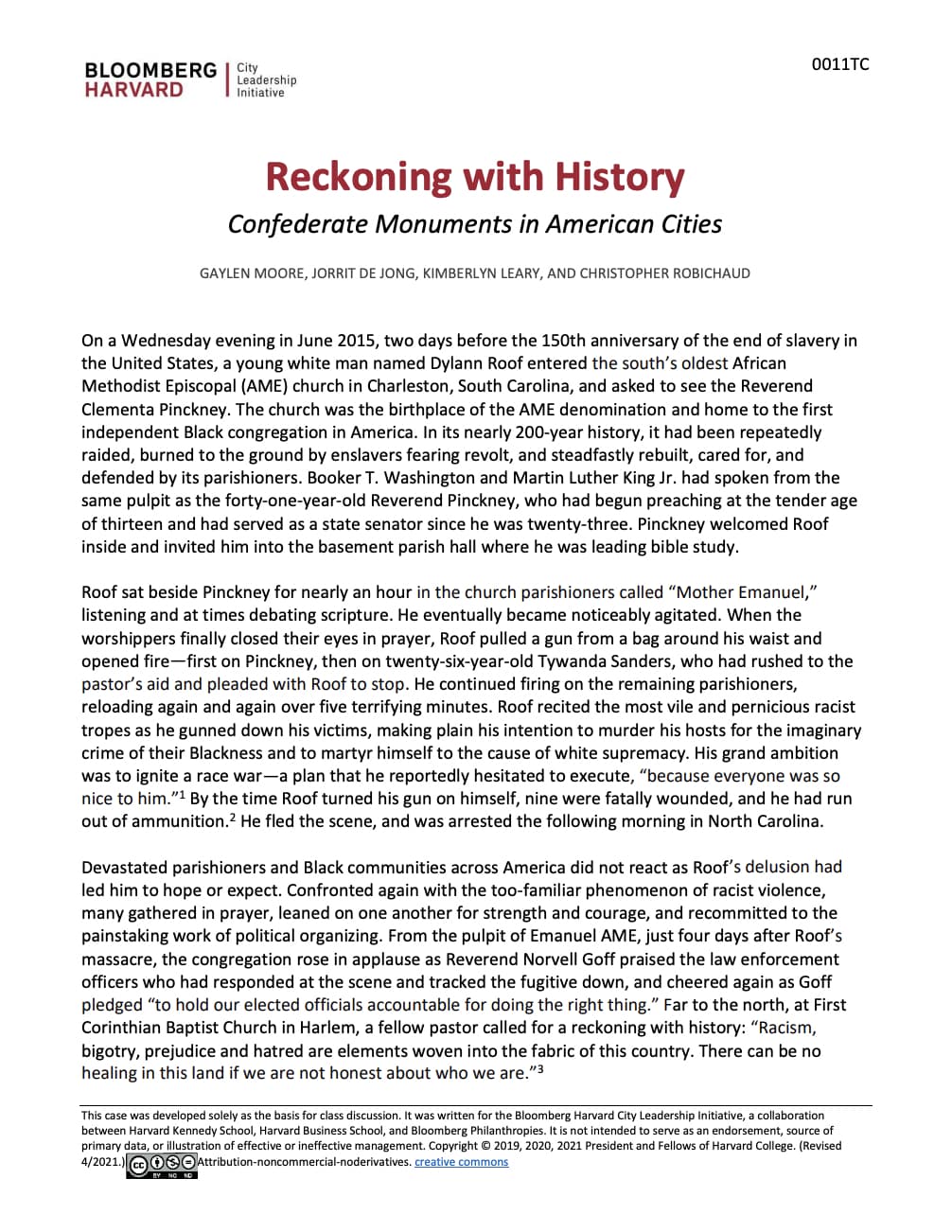 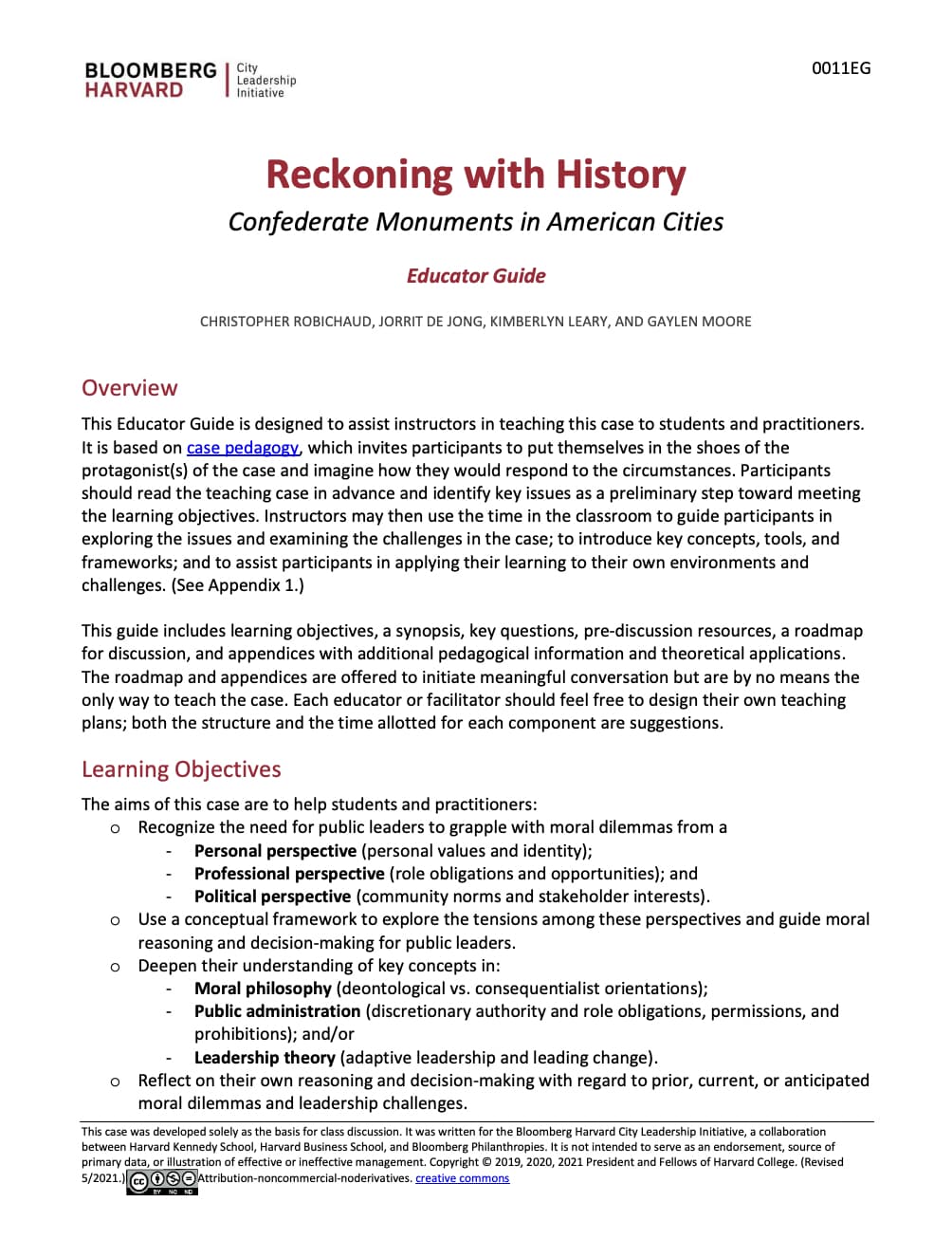 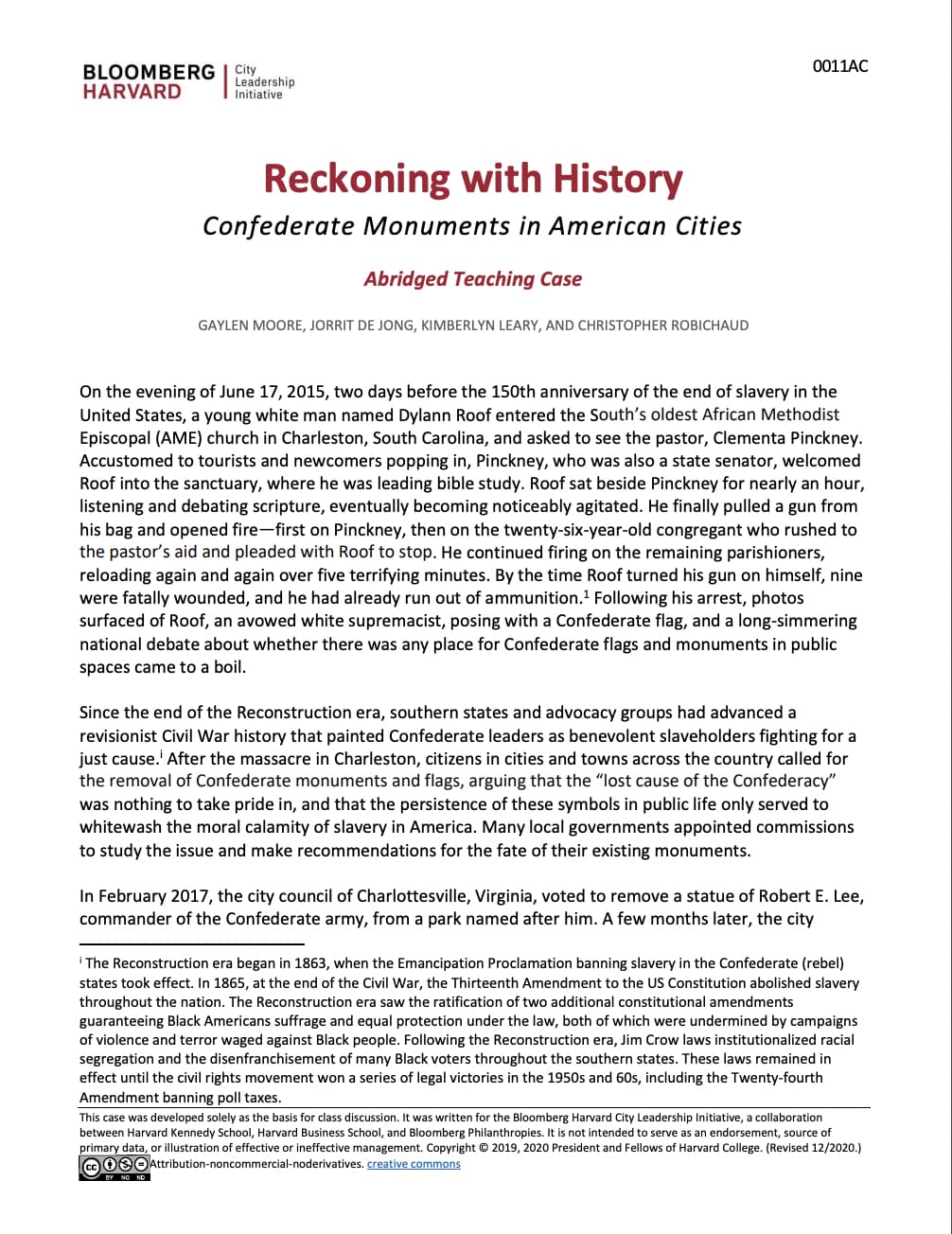 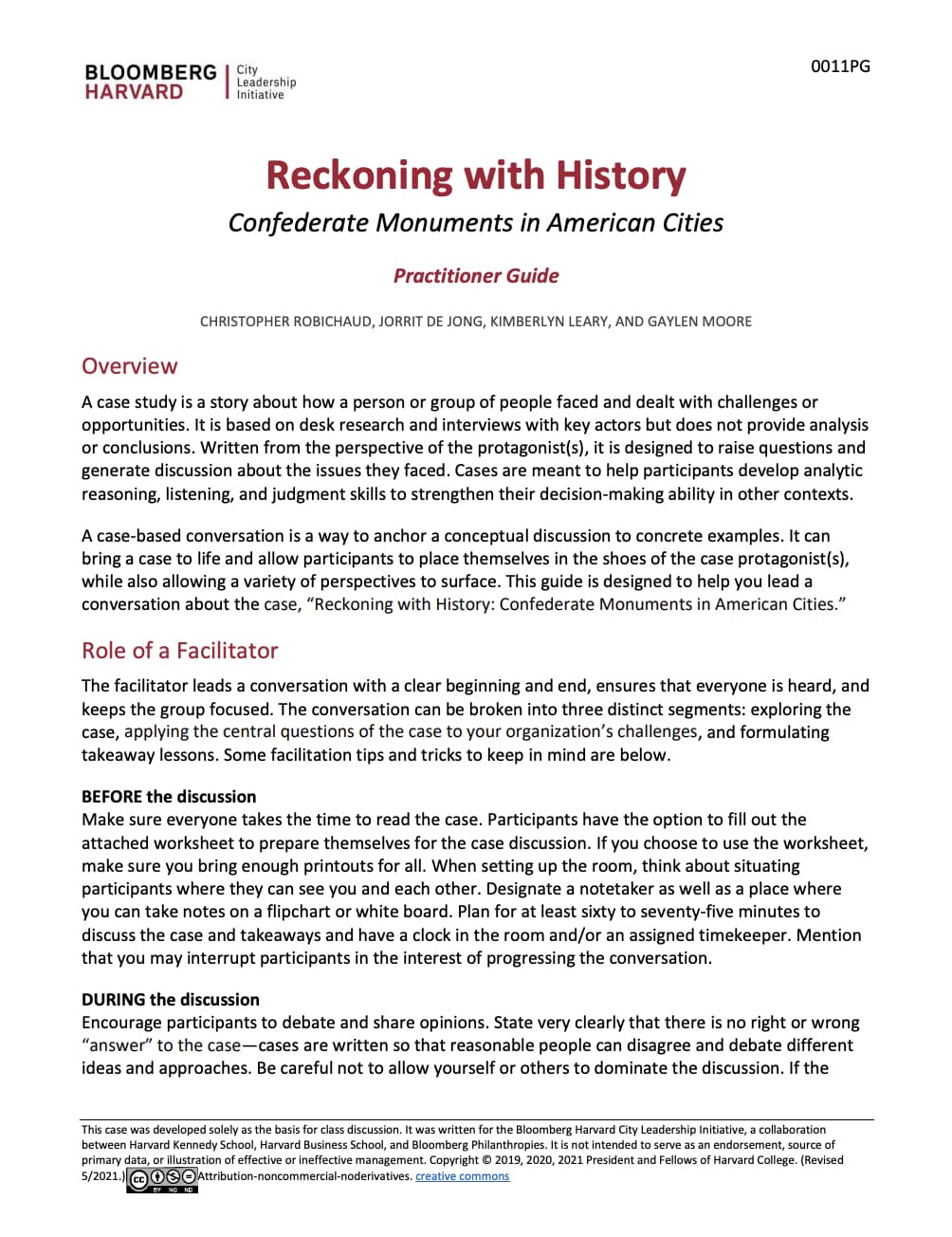