Beyond the Table: Infrastructure Development in Kampala, Uganda 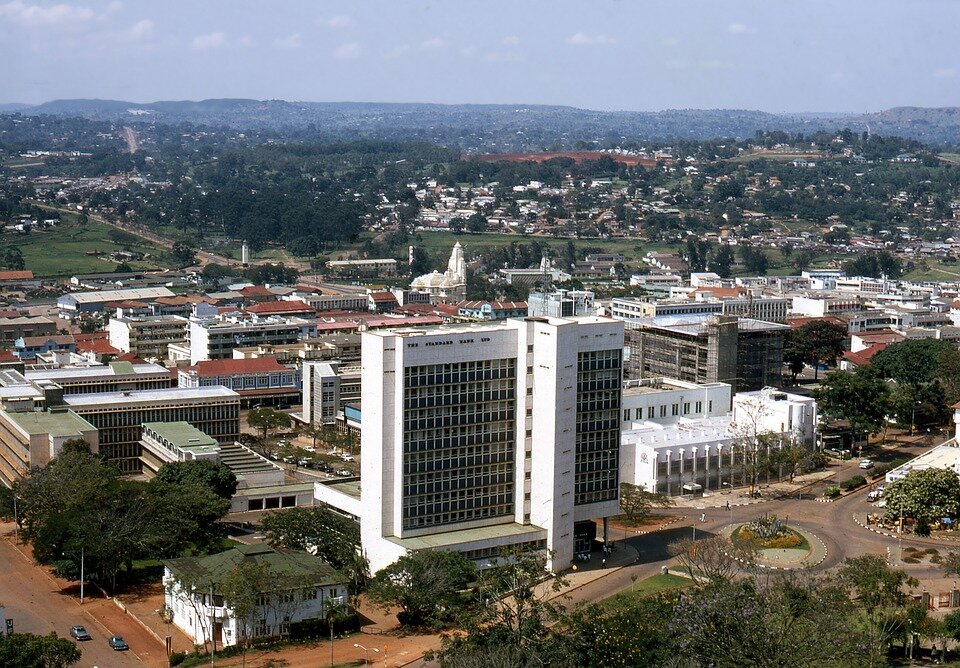 Uganda’s development relied heavily on the economic growth and management of its capital city, Kampala. The World Bank had been active in Uganda’s urban sector since the 1980s and, in 2007, awarded Kampala a $33 million loan for institutional reforms and infrastructure development. Yet by the project’s 2010 deadline, only 30 percent of the project had been completed. Given the delays and its skepticism of a new, inexperienced administration, the World Bank threatened to withdraw funding. Nonetheless, Judith Tumusiime—first as a technical consultant and then as deputy executive director of the newly established Kampala Capital City Authority (KCCA)—managed to turn the project around within two years, an almost miraculous transformation. Beyond revitalizing and completing the project’s first phase, could Tumusiime convince the World Bank to invest even more in the second phase?

The case explores Tumusiime’s work to regain trust with the World Bank and persuade it to not only fund a second phase of the project, but to also significantly increase its funding commitment to the city. It examines how Tumusiime navigated her team, the World Bank, other local officials, and national-level government actors. Moreover, it unpacks the misguided notion that a negotiation is a solely interpersonal activity that occurs at the table; a broader understanding of process—specifically scope and sequence—can impact the outcome.¹ Drawing from David Lax and James Sebenius’ 3-D Negotiation Framework, the case demonstrates how Tumusiime built a strategy to effectively sequence actions in her negotiation with the World Bank. Her strategic vision and interpersonal strengths enabled her to make dynamic setup moves, improving her ability to negotiate at the table and craft a better deal with the World Bank.

Analyze barriers to an agreement and evaluate how a negotiator can sequence moves and expand their scope to improve the outcomes of a negotiation.

Map the phases of negotiation.

This case can be used on its own or as part of a set. For more information on the rest of the materials in the set, click here.
‍‍ 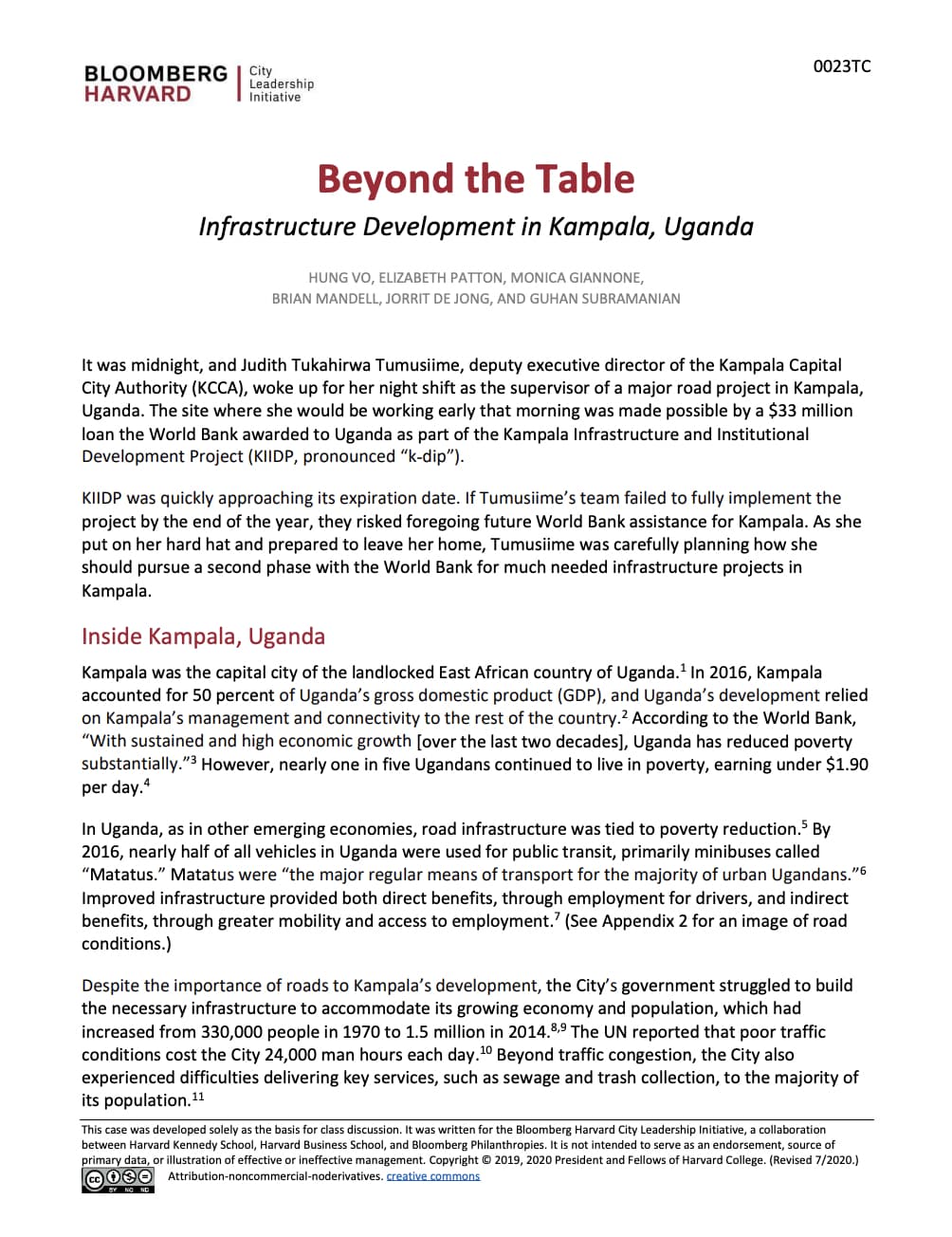 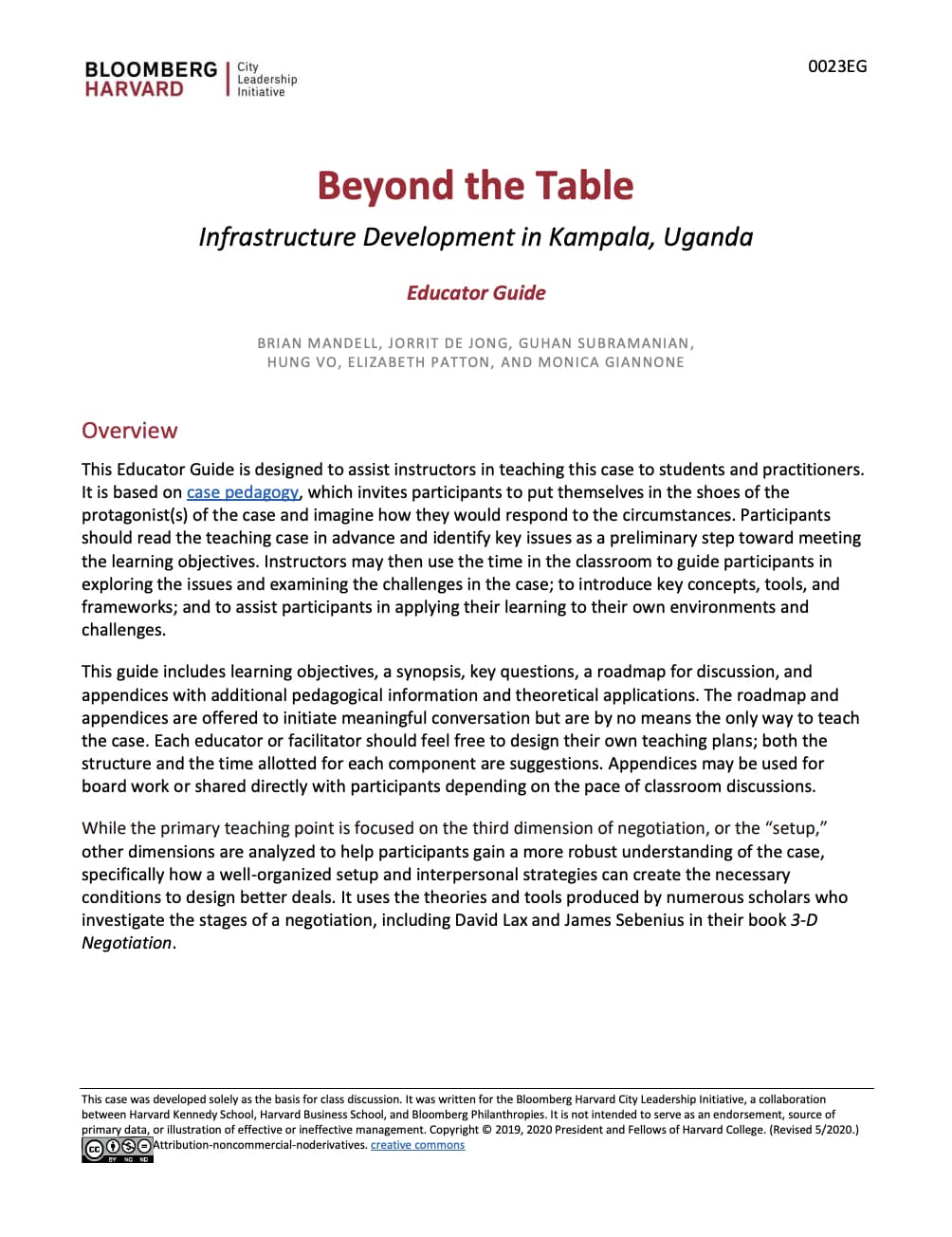 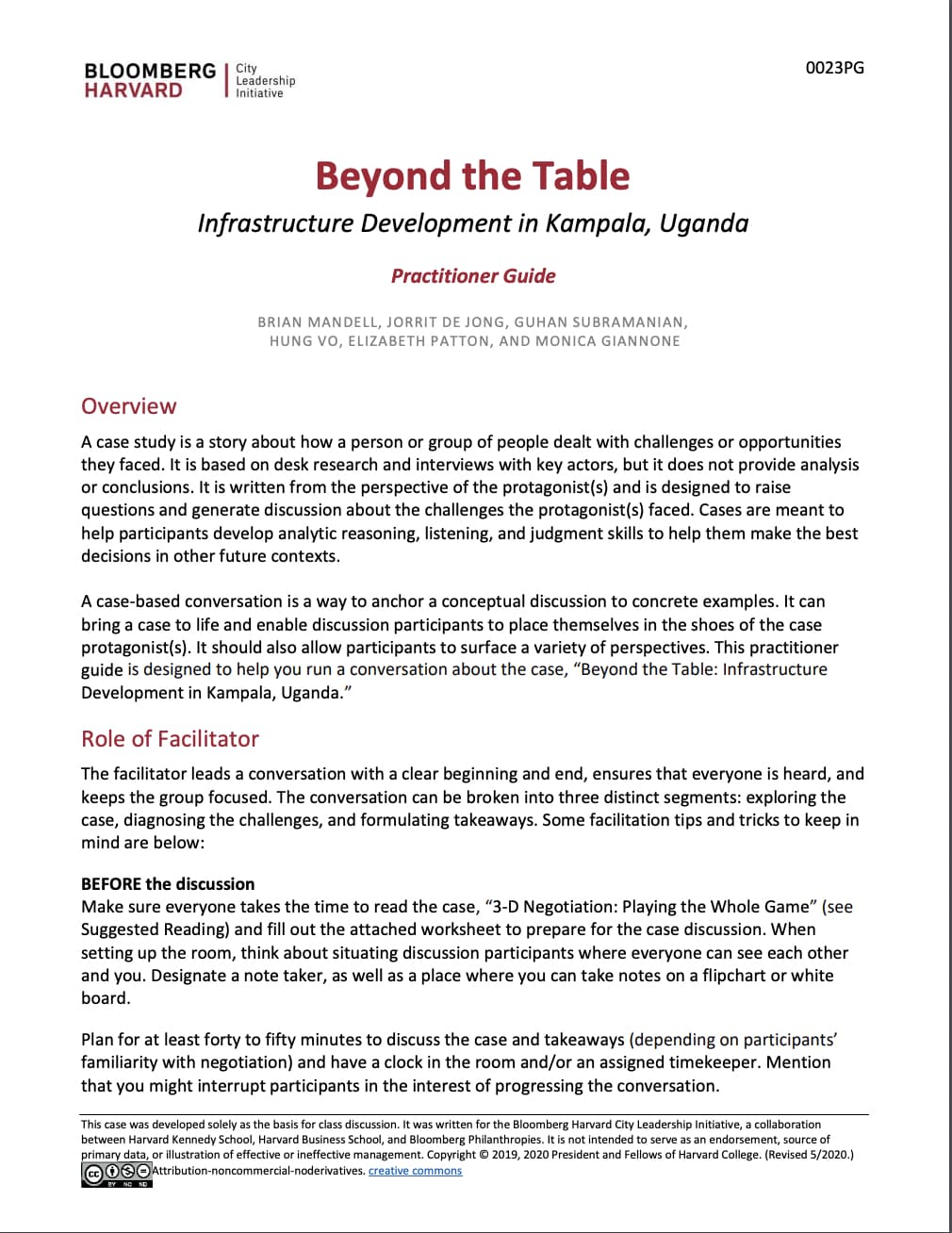 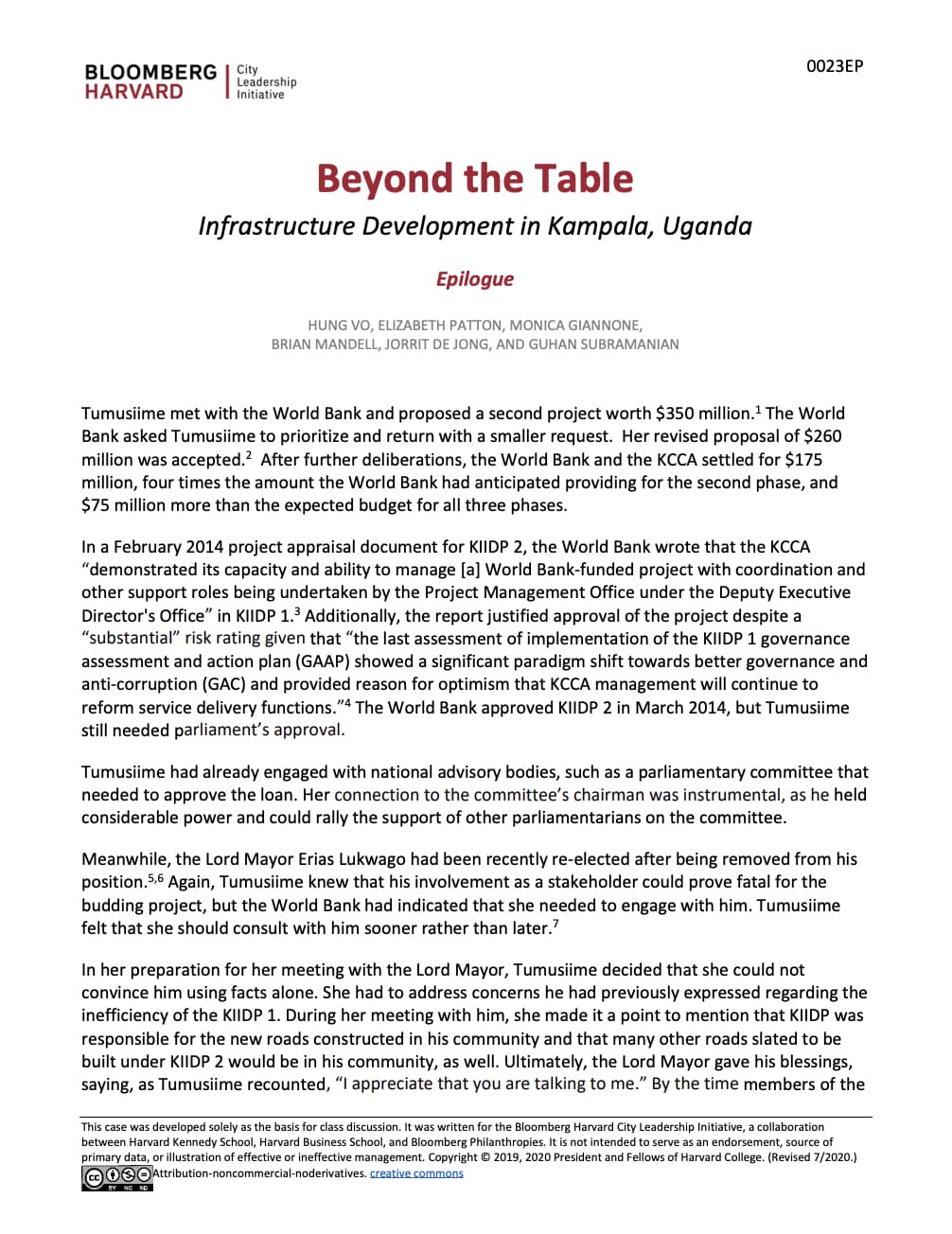 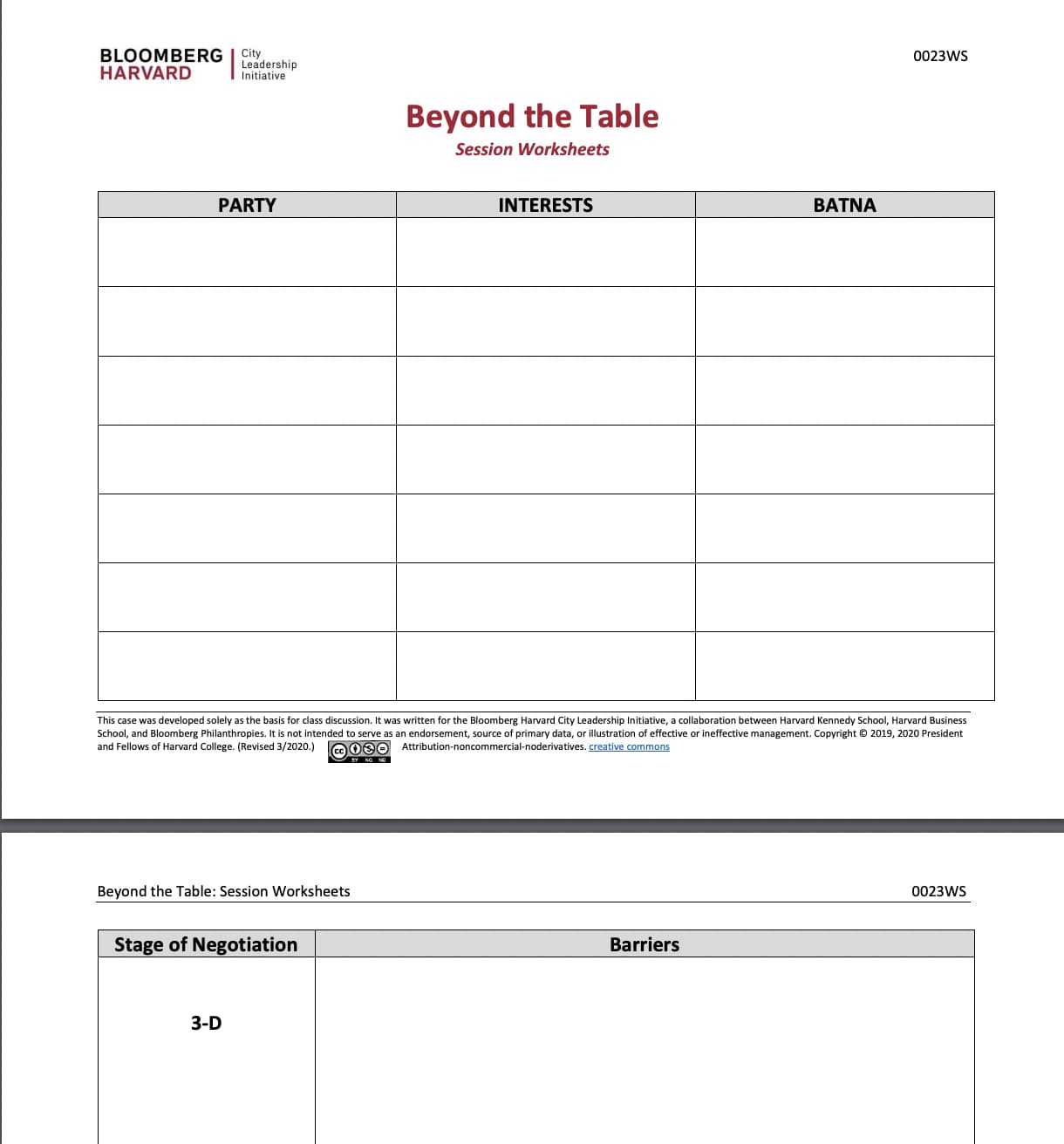 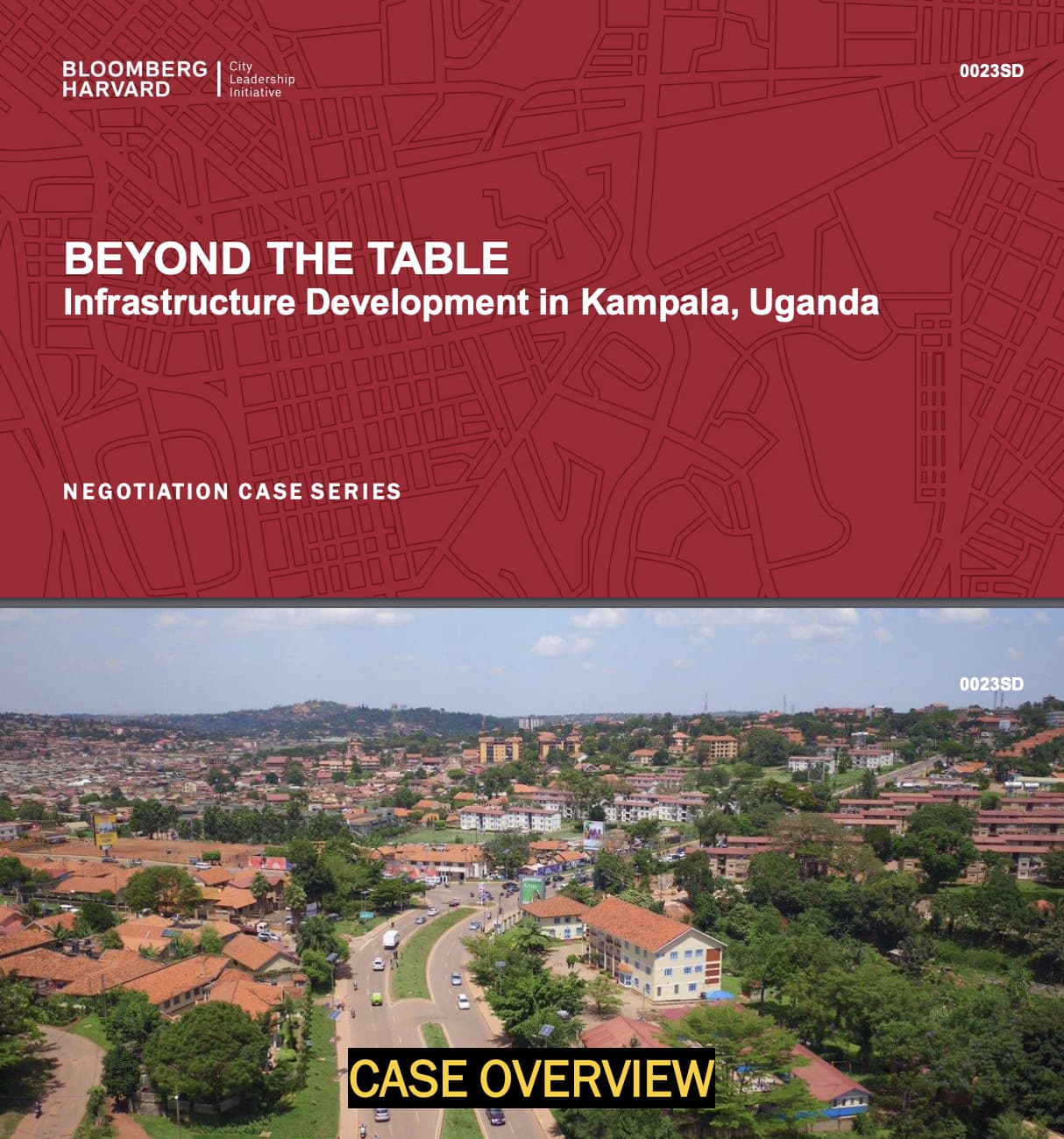