Doing Something With Nothing: Trying to Make Kampala’s Primary Schools Safer and Healthier 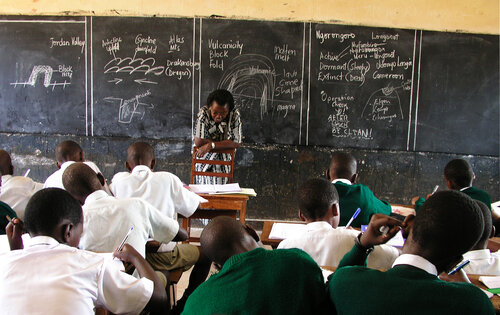 By late 2012, well into Jennifer Musisi’s second year as executive director of the Kampala Capital City Authority (KCCA), city revenues were improving. But there was little in the budget for schools, and no further assistance was expected from national government after paying teacher salaries and a tiny allocation for infrastructure. To improve the schools that were educating sixty-one thousand primary-school-age students, the KCCA would have to do something with nothing, or as Musisi put it: “I need to fix the buildings, but I have no money.”

At the time, student numbers were rising in Kampala, partly because of an influx of rural migrants and refugees who were entitled to a primary education. Kampala’s eighty-one primary, government-aided schools, most of them built before the 1970s, were dilapidated and unsafe, lacking sufficient furniture, supplies, equipment, and even toilets. Roofs were made of asbestos, a carcinogen. Safety was further jeopardized by frequent trespassing by street vendors and local residents who might endanger the children (the premises were unfenced); girls were especially vulnerable. In many respects, fixing the schools was an urgent matter of public health and Musisi realized that presenting it as such could help attract support.

For Musisi, improving schools to the best of her abilities was a moral imperative; “I respond to need,” she said. The private sector—local small businesses, charities, multinationals, NGOs, even foreign embassies—might be able to help, but first the KCCA would have to demonstrate competence and integrity, qualities not recently associated with Kampala city administration. Only then might she start to see progress and, perhaps, the best solution: increased regular funding from national government.

The overarching learning objective of this case is to help senior leaders in government understand how to mobilize resources for important priorities based on public spirit, especially when it seems likely resources will never fully match the need. In particular, the case study considers:

Creating a public value proposition that asserts, however unsuccessful or incomplete the project is likely to be, it is still very much worth doing: 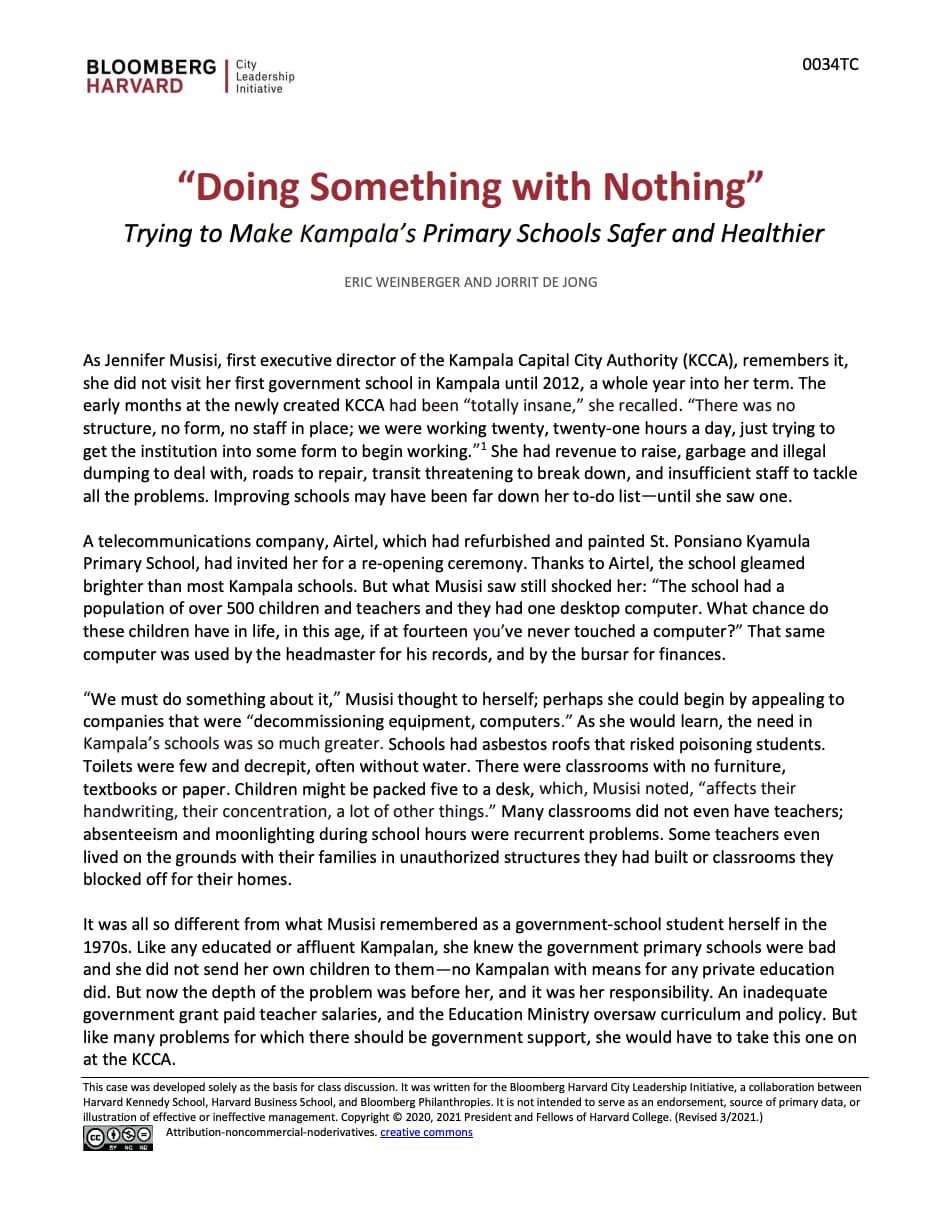 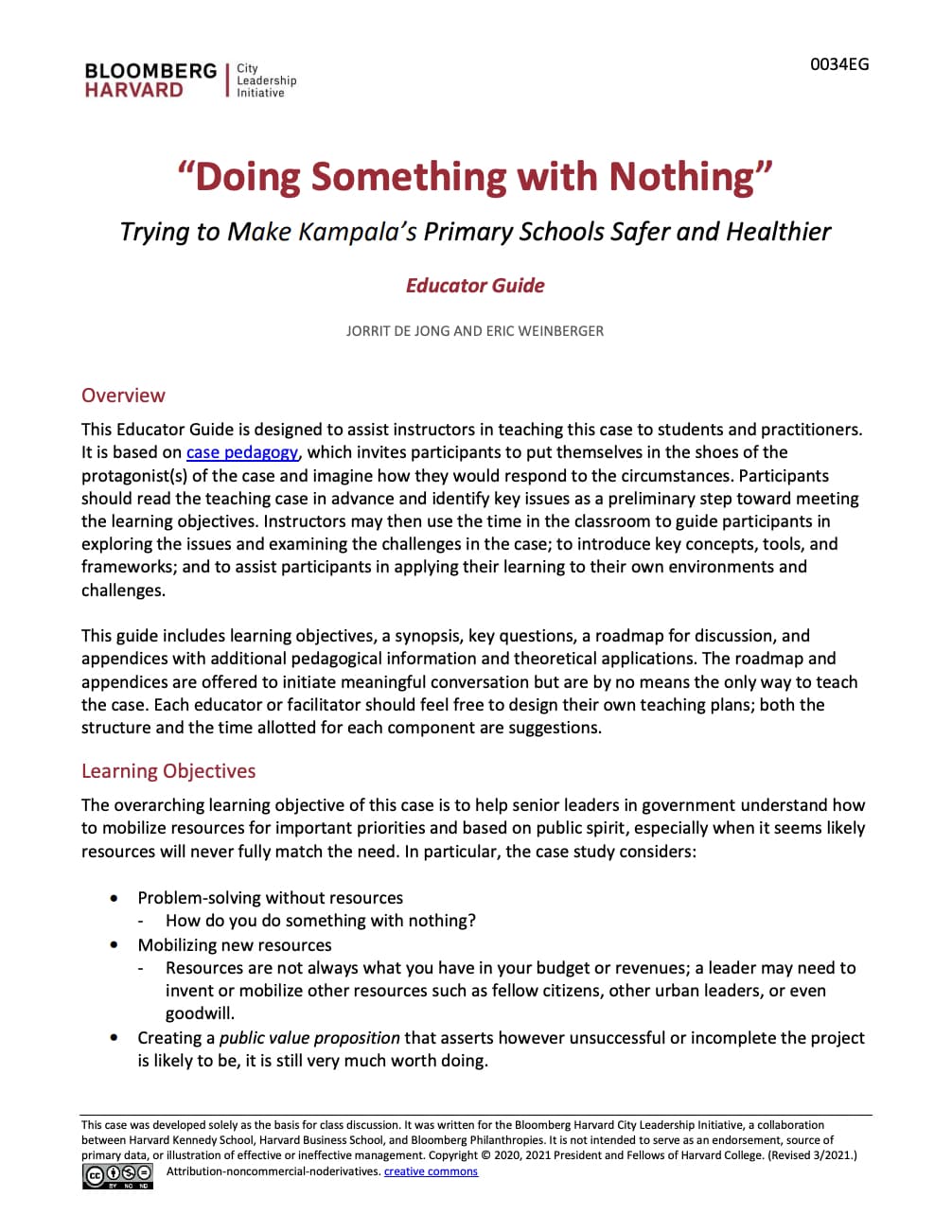 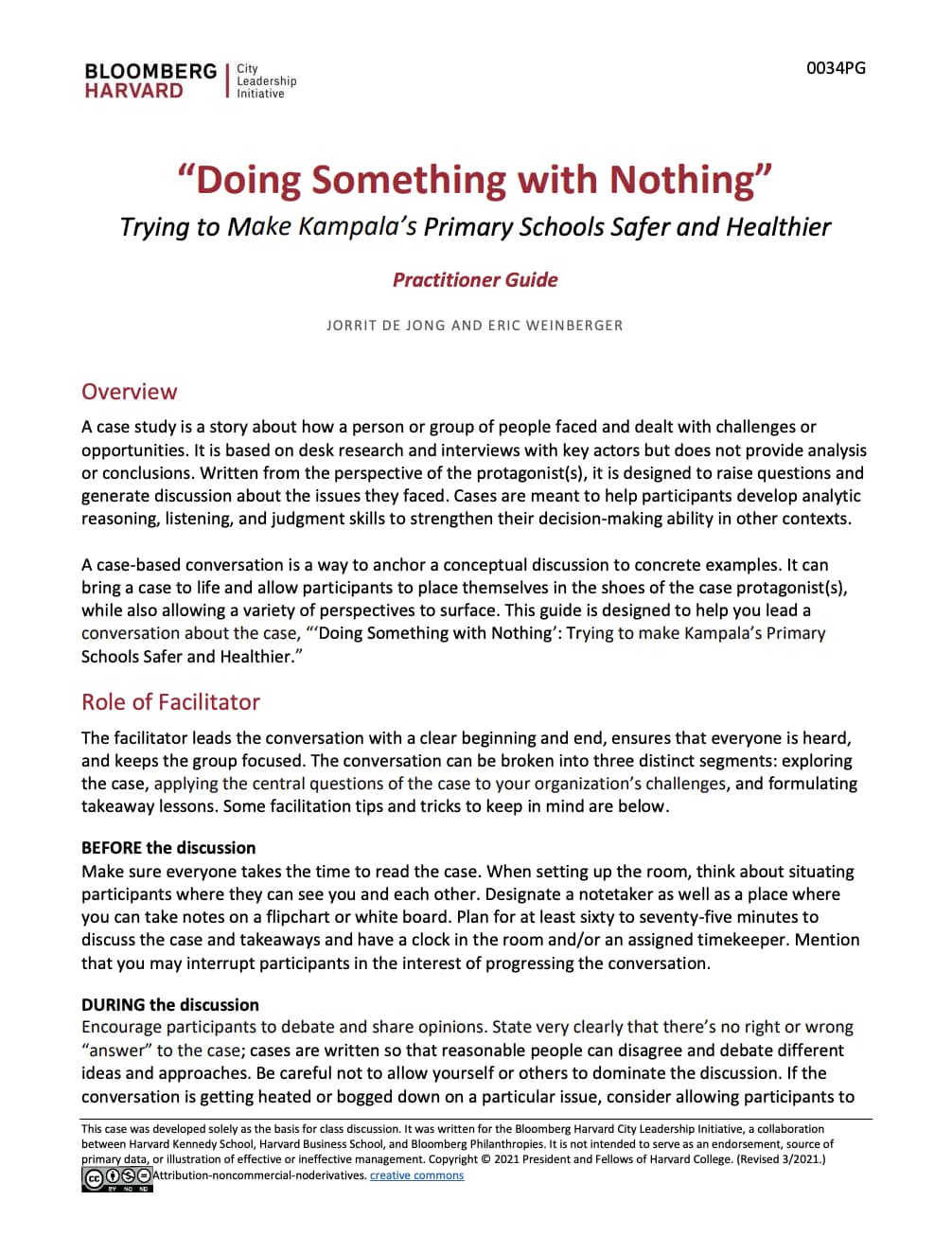