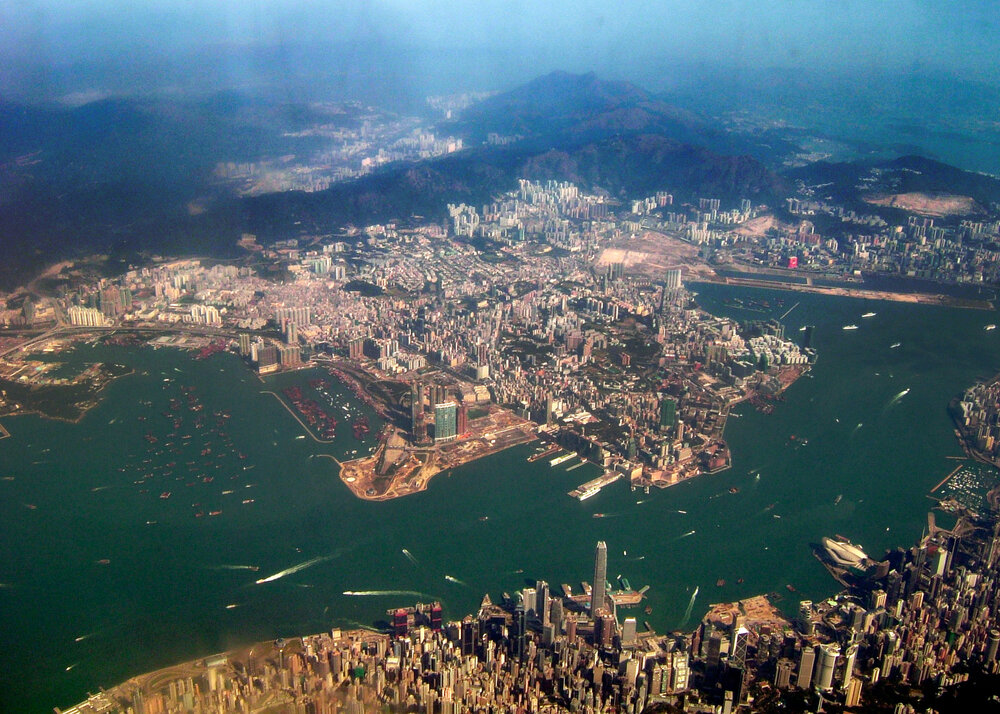 Throughout the 1980s and 1990s, high atop a great many of the older, concrete-block buildings in lower-income areas of central Hong Kong and the neighborhoods of the Kowloon peninsula, informal metal-framed wooden structures housed thousands of families in austere, inexpensive quarters. These rooftop dwellings created a sort of shantytown in the air and, though built illegally, were nonetheless bought, sold, and rented on the open market. These structures were just one example of the larger phenomenon of so-called unauthorized building works (UBWs) in Hong Kong. These included balconies added to windows—sometimes used for beds—as well as hundreds of thousands of storefront street signs and canopy extensions on buildings in commercial districts, used to create rental space below for stores and restaurants on the ground floor. By 1999, the total number of UBWs was estimated at 800,000. By one assessment, if authorities continued enforcing the laws in the manner they had been, it would take more than 130 years to remove all such structures—assuming that new ones were not built in their place.

This case raises questions about how to respond effectively to a complex problem that has arisen as a solution to other problems.

How to diagnose a problem: unpacking its different facets and distinguishing its root causes, symptoms, and consequences.

How to approach the process of developing better solutions in the face of political and resource constraints.

How to recognize leadership challenges associated with introducing innovations that challenge the status quo.